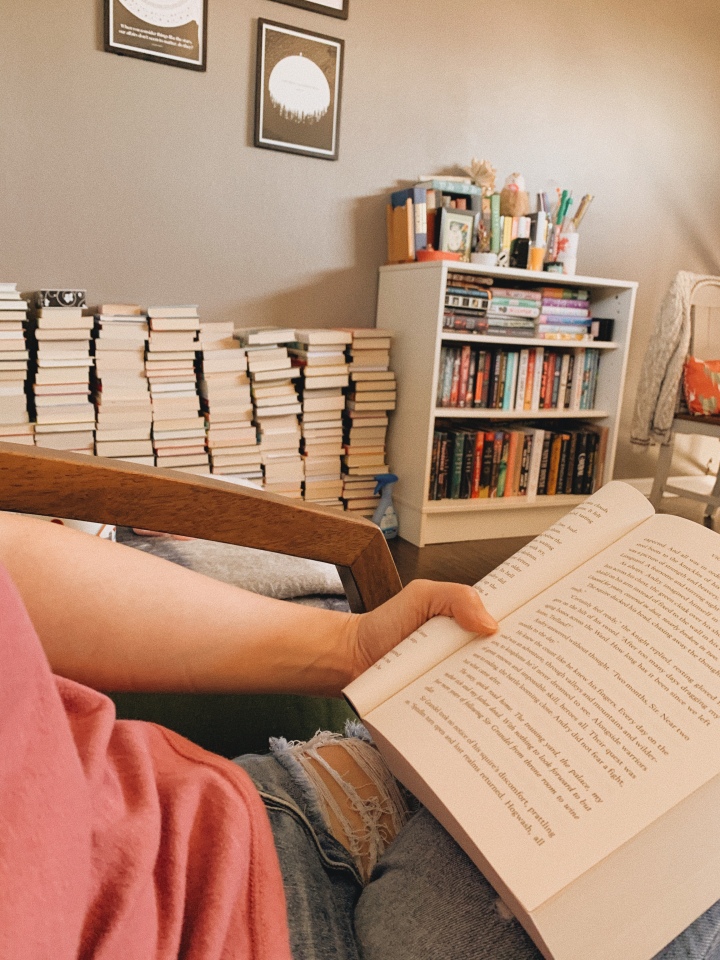 Apologies for not doing a Pub Day picks for a couple of weeks! It’s been a bit rough on my end, but I’m glad to be back and more excited than ever about new titles coming out! Here’s the books I’m most excited about that’s publishing today:

In Act Your Age, Eve Brown the flightiest Brown sister crashes into the life of an uptight B&B owner and has him falling hard—literally.

Eve Brown is a certified hot mess. No matter how hard she strives to do right, her life always goes horribly wrong—so she’s given up trying. But when her personal brand of chaos ruins an expensive wedding (someone had to liberate those poor doves), her parents draw the line. It’s time for Eve to grow up and prove herself—even though she’s not entirely sure how…

Jacob Wayne is in control. Always. The bed and breakfast owner’s on a mission to dominate the hospitality industry—and he expects nothing less than perfection. So when a purple-haired tornado of a woman turns up out of the blue to interview for his open chef position, he tells her the brutal truth: not a chance in hell. Then she hits him with her car—supposedly by accident. Yeah, right.

Now his arm is broken, his B&B is understaffed, and the dangerously unpredictable Eve is fluttering around, trying to help. Before long, she’s infiltrated his work, his kitchen—and his spare bedroom. Jacob hates everything about it. Or rather, he should. Sunny, chaotic Eve is his natural-born nemesis, but the longer these two enemies spend in close quarters, the more their animosity turns into something else. Like Eve, the heat between them is impossible to ignore—and it’s melting Jacob’s frosty exterior.

How Beautiful We Were by Imbolo Mbue

From the celebrated author of the New York Times bestseller Behold the Dreamers, comes a sweeping, wrenching story about the collision of a small African village and an America oil company.

“We should have known the end was near.”

So begins Imbolo Mbue’s powerful second novel, How Beautiful We Were. Set in the fictional African village of Kosawa, it tells the story of a people living in fear amidst environmental degradation wrought by an American oil company.

Pipeline spills have rendered farmlands infertile. Children are dying from drinking toxic water. Promises of clean-up and financial reparations to the villagers are made—and ignored. The country’s government, led by a brazen dictator, exists to serve its own interest. Left with few choices, the people of Kosawa decide to fight back. Their struggle would last for decades and come at a steep price.

Told through the perspective of a generation of children and the family of a girl named Thula who grows up to become a revolutionary, How Beautiful We Were is a masterful exploration of what happens when the reckless drive for profit, coupled with the ghost of colonialism, comes up against one community’s determination to hold onto its ancestral land and a young woman’s willingness to sacrifice everything for the sake of her people’s freedom.

“The unforgettable story of a community on the wrong end of Western greed, How Beautiful We Were will enthrall you, appall you, and show you what is possible when a few people stand up and say this is not right. A masterful novel by a spellbinding writer engaged with the most urgent questions of our day.”—David Ebershoff, bestselling author of The Danish Girl

In this charming debut fantasy perfect for fans of Sorcery of Thorns and Girls of Paper and Fire, a witch cursed to never love meets a girl hiding her own dangerous magic, and the two strike a dangerous bargain to save their queendom.

Tamsin is the most powerful witch of her generation. But after committing the worst magical sin, she’s exiled by the ruling Coven and cursed with the inability to love. The only way she can get those feelings back—even for just a little while—is to steal love from others.

Wren is a source—a rare kind of person who is made of magic, despite being unable to use it herself. Sources are required to train with the Coven as soon as they discover their abilities, but Wren—the only caretaker to her ailing father—has spent her life hiding her secret.

When a magical plague ravages the queendom, Wren’s father falls victim. To save him, Wren proposes a bargain: if Tamsin will help her catch the dark witch responsible for creating the plague, then Wren will give Tamsin her love for her father.

Of course, love bargains are a tricky thing, and these two have a long, perilous journey ahead of them—that is, if they don’t kill each other first..

Isda does not exist. At least not beyond the opulent walls of the opera house.

Cast into a well at birth for being one of the magical few who can manipulate memories when people sing, she was saved by Cyril, the opera house’s owner. Since that day, he has given her sanctuary from the murderous world outside. All he asks in return is that she use her power to keep ticket sales high—and that she stay out of sight. For if anyone discovers she survived, Isda and Cyril would pay with their lives.

But Isda breaks Cyril’s cardinal rule when she meets Emeric Rodin, a charming boy who throws her quiet, solitary life out of balance. His voice is unlike any she’s ever heard, but the real shock comes when she finds in his memories hints of a way to finally break free of her gilded prison.

Haunted by this possibility, Isda spends more and more time with Emeric, searching for answers in his music and his past. But the price of freedom is steeper than Isda could ever know. For even as she struggles with her growing feelings for Emeric, she learns that in order to take charge of her own destiny, she must become the monster the world tried to drown in the first place.

From award-winning author Sarah Beth Durst, a standalone epic fantasy set in a brand-new world of towering mountains and sparkling cities, in which a band of aging warriors have a second chance to defeat dark magic and avenge a haunting loss.

Twenty-five years ago, five heroes risked their lives to defeat the bone maker Eklor—a corrupt magician who created an inhuman army using animal bones. But victory came at a tragic price. Only four of the heroes survived.

Since then, Kreya, the group’s leader, has exiled herself to a remote tower and devoted herself to one purpose: resurrecting her dead husband. But such a task requires both a cache of human bones and a sacrifice—for each day he lives, she will live one less.

She’d rather live one year with her husband than a hundred without him, but using human bones for magic is illegal in Vos. The dead are burned—as are any bone workers who violate the law. Yet Kreya knows where she can find the bones she needs: the battlefield where her husband and countless others lost their lives.

But defying the laws of the land exposes a terrible possibility. Maybe the dead don’t rest in peace after all.

Five warriors—one broken, one gone soft, one pursuing a simple life, one stuck in the past, and one who should be dead. Their story should have been finished. But evil doesn’t stop just because someone once said, “the end.”