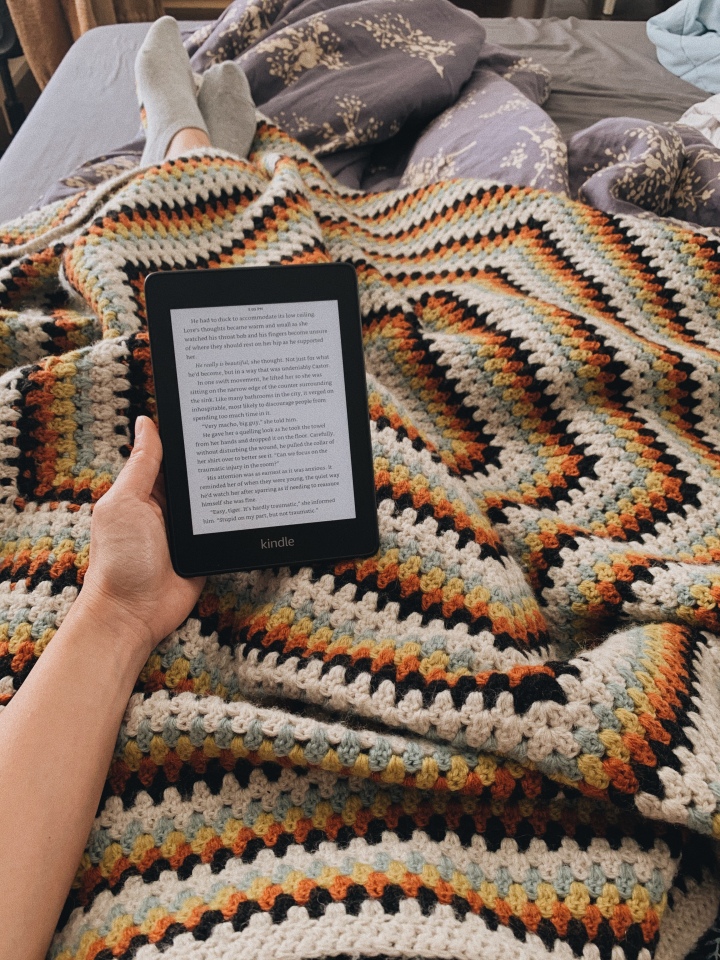 A Song Below Water is the Fantasy Book Club February pick. It’s an urban fantasy about two young Black sisters who have big secrets they have to hide in a world that’s unforgiving to folks who aren’t “normal.” It was an interesting take and I can’t wait to talk all about it.

Here’s More About A Song Below Water

Tavia is already at odds with the world, forced to keep her siren identity under wraps in a society that wants to keep her kind under lock and key. Never mind she’s also stuck in Portland, Oregon, a city with only a handful of black folk and even fewer of those with magical powers. At least she has her bestie Effie by her side as they tackle high school drama, family secrets, and unrequited crushes.

But everything changes in the aftermath of a siren murder trial that rocks the nation; the girls’ favorite Internet fashion icon reveals she’s also a siren, and the news rips through their community. Tensions escalate when Effie starts being haunted by demons from her past, and Tavia accidentally lets out her magical voice during a police stop. No secret seems safe anymore—soon Portland won’t be either.

I had to sit on my thoughts for a bit on this one. The story itself isn’t complicated, but there were things that I liked and I didn’t like about this book. Overall, it was entertaining and interesting with a clever way to discuss social issues outside the vacuum of American culture.

I loved the themes in this novel. It discussed deeply about Black lives in America starting off with a murder trial of a young woman who accidentally kills her partner. But aside from being a Black woman on trial, she’s also a siren; something to be feared. I thought it was intriguing that Bethany C Morrow took this route. She used fantasical creatures like sirens, eloko, sprites, and gargoyles to show the many faceted sides of the Black community. I feel like some ways she’s discussing respectability politics except instead of things like clothing and demeanor, it’s magical powers. People like Tavia are feared for their siren abilities especially when they compel or attract people to do what they want. In many ways, that makes Tavia more of an outcast while others like the eloko friends in the school are completely average and never make the news.

I felt like Tavia’s story was mostly wrapped up in the social justice pieces of it. It’s already well established that she’s a siren and that she needs to hide her true self from others. She’s ridiculed by her eloko classmates and always on the verge of outing herself to the public. Her parents are so worried that they won’t even let her search siren definitions on the Internet. She even switches to sign language to avoid any incidents with her voice. It was interesting to see how she’s ridiculed by her peers, feared by her family, and even disadvantaged.

However, Effie’s story was way different. For all intents and purposes, Effie is your average teenage girl. While she’s Tavia’s best friend and adopted sister, she doesn’t have magical powers like Tavia does. Instead, she deals with her mother’s death and her promise to work at the Ren Faire every summer. As you read her story, you start to see the conflict for her come to fruition. You find out the truth behind her family’s heritage and the big reveal at the end was well worth the read.

It was interesting to read about Effie against Tavia. They’re both so different in many ways, but they found each other and rely on each other as both friends and sisters. I loved that they bonded together despite their differences. That is, until Effie starts changing in ways Tavia cannot describe. It was as if Effie keeps Tavia from being too siren while Tavia helps Effie understand the changes happening to her body. The dynamic between these two characters really made me love them more. I love it when sisters come together and the fact that they’re not related by blood just goes to show how much love you can show someone.

However, I felt like this story was still flawed. Yes, the themes and social issues were excellent pieces and I love the way Bethany C Morrow uses magical creatures to pull you out of the vacuum of real world news. But there were still a couple of things that didn’t work for me.

Mostly I was upset about the plotting and narration. At first, I thought the story would focus more on Tavia because she’s a siren dealing with the injustice of being a siren and Black in the United States. But then, the story switches over to Effie and her big reveal. I felt like one piece had more dedicated story and the other was a vehicle to speak about social injustices. I kind of wish these two components were combined a bit better, tightening up the story to make it a bit more cohesive. It felt like I was reading two books at once at some points which didn’t really help the reading experience.

In many ways, this story read more like a contemporary YA story with social justice issues to be discussed. I’m totally fine with stories like this and read them pretty often, but I was also expecting more fantasy components that really bring this world to life. It kind of disappointed me that there wasn’t as much fantasy as I was hoping, but at the same time the story redeems itself with its discussions and themes. Overall, I would suggest going into this one with more a contemporary YA with social issues vibe rather than expecting a fantasy novel.