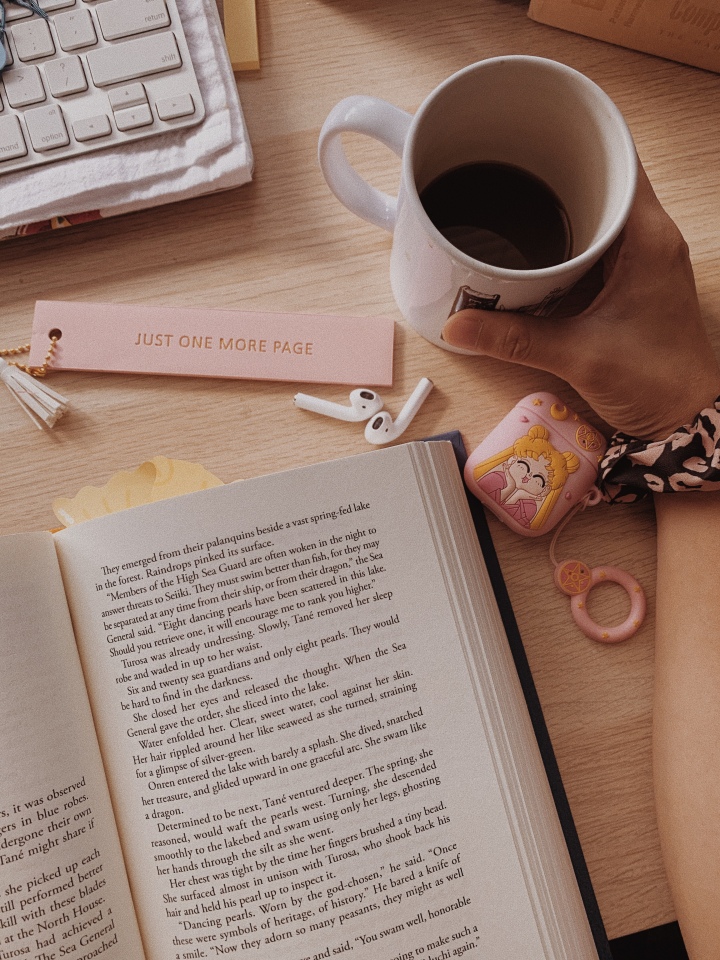 Welcome to the middle of the book! Actually, I’ve finished the book, but I’m sharing with you all my thoughts from the second section (pgs. 207-405) and let me tell you. A lot has happened. I’m going to dive into them now, but I need to warn you that this blog post will have a ton of spoilers. I’m hiding my thoughts behind the page jump just so you don’t read something you haven’t read yet. Highly recommend reading up to this point if you’re reading along with us before diving into this post.

You can comment about the reflection I’ve posted or answer the questions below it. You can even talk about the parts I didn’t bring up that you found the most fascinating. It’s up to you how you’d like to participate in this discussion and I hope you do!

First off, lots of deaths. This part was frustrating because there were so many characters introduced in the first 200 pages and now I have to readjust my thoughts because some of them died. And I felt blindsided by them because I didn’t anticipate 1) people to die so soon in the book 2) the people that died. But also grateful that Samantha Shannon killed them off because now I don’t have to worry about them.

I think the biggest reveal in this part of the book was Yscalin being a city that worships the wyverns and that Fyredel is actually running that town. The religious components of this story made me believe that all parts of this world were against The Nameless One, but as it turns out, the Nameless One has lackeys working for him through the East. Which leads to Loth and the mysterious box he needs to deliver to Chassar in the South. No clue what’s in the box, but I’m assuming we’ll find out soon enough.

What really surprised me was having Loth be poisoned with the red plague only to have it cured by Chassar when he finally finds him. I wonder what he was able to use because it seems like most people die from this disease. But where does he find Chassar? IN THE PRIORY OF THE ORANGE TREE. I have to admit, this part was probably my favorite. Not only do we hear the story of the orange tree and its significance in this world, but we also find out more about its past. But I’m worried for Loth because it doesn’t seem like he’s supposed to be there and judging by the conversation with Chassar about the magic of the tree and how his religion is wrong.

Speaking of the religion, wow. I don’t know about you, but finding out that the religion you’ve been practicing your whole life is actually not how things went down would shock me pretty hard. I felt for Loth as he discovered this news and I feel for the people in Inys because that entire part of the map was founded on the belief that Galian is the savior of the world.

Heading over to the West where Sabran is married off to Aubrecht and trying to consummate that marriage with a child. I feel really bad for Sabran in this story. She’s the queen of this world, which is awesome, but there’s so many rules that she has to follow. The harshest rule has to be her getting married and having a kid in order to protect the Berethenet line. What if that’s not what she wants? What if she doesn’t want to get married or have kids? It’s sad to watch her struggle against the bonds of her world, but I also imagine that’s life as a royal; a lot of pomp and circumstance and not a lot of freedom.

Luckily, it seems like she’s happy to be married to Aubrecht and she’s excited to find out that she’s pregnant. But sadly, all of that seems lost when the white wyvern attacks and Lady Truyde comes in and tries to scare Sabran into believing that her line isn’t the line that’s protecting the Nameless One from rising again. Also, it’s so sad to see Aubrecht get stabbed. I don’t think he made it, folks.

And then this section of the book ends with Ead’s cover being blown and then going back to Erdys and Chassar. It’ll be interesting to see how Ead acts when she’s in the Priory than when she’s in court.

The last thing I want to mention is Tane. I feel like her character hasn’t really made an impact in the story (aside from being the person who escorts Sulyard in the very beginning of the book). She hears the tale of the dragons from Nayimathun, which was truly remarkable.