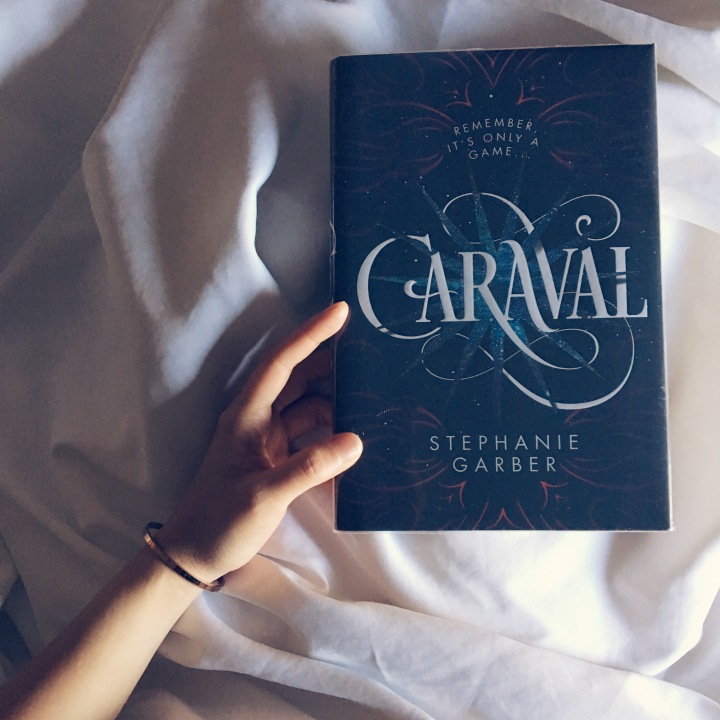 Remember, it’s only a game…

Maybe it’s me or the most recent weeks, but I’ve been watching and reading a lot about warp realities and the mind playing tricks on you. What is real? What’s not real? How can you tell the difference?

In a world where you can’t tell what’s real and what’s not real, how do you know who your allies are? Who can you trust?

You can easily say the same with the characters in Caraval by Stephanie Garber.

Scarlett Dragna has never left the tiny island where she and her sister, Tella, live with their powerful, and cruel, father. Now Scarlett’s father has arranged a marriage for her, and Scarlett thinks her dreams of seeing Caraval—the faraway, once-a-year performance where the audience participates in the show—are over.

But this year, Scarlett’s long-dreamt-of invitation finally arrives. With the help of a mysterious sailor, Tella whisks Scarlett away to the show. Only, as soon as they arrive, Tella is kidnapped by Caraval’s mastermind organizer, Legend. It turns out that this season’s Caraval revolves around Tella, and whoever finds her first is the winner.

Scarlett has been told that everything that happens during Caraval is only an elaborate performance. Nevertheless she becomes enmeshed in a game of love, heartbreak, and magic. And whether Caraval is real or not, Scarlett must find Tella before the five nights of the game are over or a dangerous domino effect of consequences will be set off, and her beloved sister will disappear forever. 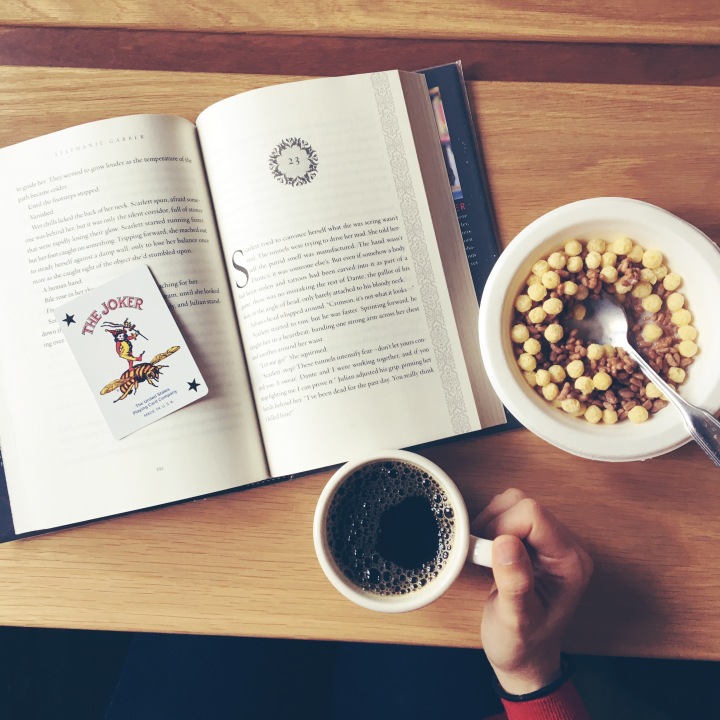 What I would do for a letter to arrive to me with an exciting journey to a magical place. I’ve been waiting for my Hogwarts letter since I was a kid. Still haven’t gotten it yet.

For Scarlett, it came at the most inappropriate time; ten days before her wedding to a guy she doesn’t know. While she’s wanted to be invited since she was a kid, it wasn’t until she was an adult and getting married to someone that it finally happens. I think there’s a strong metaphor in where childhood fantasies end and real life begin. Stephanie Garber makes an amazing argument that sometimes we all need a little magic in our lives regardless of how old you are.

And Scarlett deserves it. I don’t want to give anything away, but living the life she’s had I’m surprised that she came out of her younger years with the hope of magic still in tact.

I love that Scarlett makes mistakes and tries things that fail. I love how human she is and how slowly she learns the magic of Caraval. I think that if she found things out quickly or tested a theory and it worked on the first try then the story would be a little less believable. She’d be a little less relatable and maybe even a less interesting novel. Who gets everything handed to them on a platter?

For a fantasy novel, there isn’t a lot of world-building but in this case I think it’s fine since the majority of the novel takes place in a fantastical world within the world. For most world-building, you’re assuming that the characters will be roaming across this world to do whatever it is that they need to. Because Caraval is specifically about the game, the only world you really need to understand is Caraval and Stephanie Garber does a good job at that.

However, I would have loved to feel a little bit more a part of this world. While Stephanie Garber includes handwritten letters throughout the story, I’d love to see the green glass key or the carousel or even the room of stars at the very end. I get that it’s up for your mind to make up what these places will look like, I think if every chapter started with a little illustration then it’d really bring you further into this story.

Finally, I also wonder if Stephanie Garber has synesthesia. I don’t know how to describe it well, but it’s your brain processing two things at once or doing them together. For example, some people are able to perceive different colors or numbers when associating a word, a person, or a food. It’s like two sensory parts of your brain combining together to create one. Anyway, the way Scarlett associates people with color and smells feels like she may be dipping into that part of her brain capacity. It’s quite interesting and it makes me wonder if the author is as well.