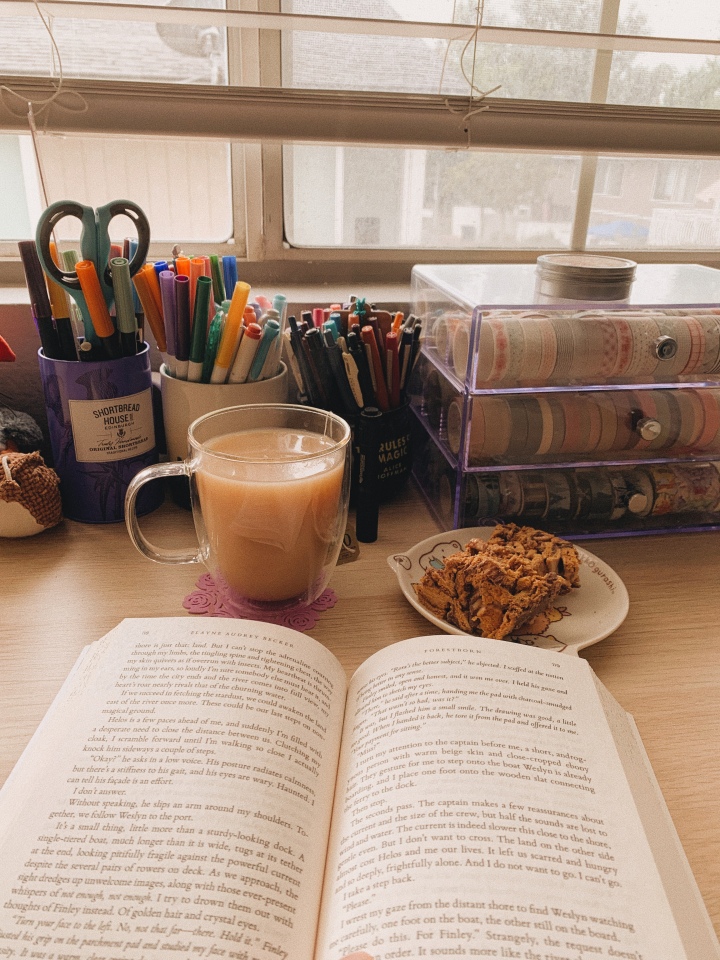 Recently, I finished reading another middle grade book that I absolutely adored. I’d read Percy Jackson over the summer and absolutely adored it, so I wanted to read some more middle grade and tried Pahua and the Soul Stealer by Lori M Lee. I also really loved that one (review to come soon) and it made me realize that middle grade fantasy might be another genre of books I can seriously get behind.

But I have no clue what’s good in the middle grade world. Since I normally read adult and young adult science fiction and fantasy, I asked a few close folks the middle grade fantasy books they would recommend. I already have Percy Jackson and the Olympians on my list, but I also wanted to get in on some other really great middle grade reads. Here’s what I was recommended:

The Trials of Morrigan Crow (Nevermoor #1) by Jessica Townsend

Morrigan Crow is cursed. Having been born on Eventide, the unluckiest day for any child to be born, she’s blamed for all local misfortunes, from hailstorms to heart attacks–and, worst of all, the curse means that Morrigan is doomed to die at midnight on her eleventh birthday.

But as Morrigan awaits her fate, a strange and remarkable man named Jupiter North appears. Chased by black-smoke hounds and shadowy hunters on horseback, he whisks her away into the safety of a secret, magical city called Nevermoor.

It’s then that Morrigan discovers Jupiter has chosen her to contend for a place in the city’s most prestigious organization: the Wundrous Society. In order to join, she must compete in four difficult and dangerous trials against hundreds of other children, each boasting an extraordinary talent that sets them apart – an extraordinary talent that Morrigan insists she does not have. To stay in the safety of Nevermoor for good, Morrigan will need to find a way to pass the tests – or she’ll have to leave the city to confront her deadly fate.

Twelve-year-old Aru Shah has a tendency to stretch the truth in order to fit in at school. While her classmates are jetting off to family vacations in exotic locales, she’ll be spending her autumn break at home, in the Museum of Ancient Indian Art and Culture, waiting for her mom to return from her latest archeological trip. Is it any wonder that Aru makes up stories about being royalty, traveling to Paris, and having a chauffeur?

One day, three schoolmates show up at Aru’s doorstep to catch her in a lie. They don’t believe her claim that the museum’s Lamp of Bharata is cursed, and they dare Aru to prove it. Just a quick light, Aru thinks. Then she can get herself out of this mess and never ever fib again.

But lighting the lamp has dire consequences. She unwittingly frees the Sleeper, an ancient demon whose duty it is to awaken the God of Destruction. Her classmates and beloved mother are frozen in time, and it’s up to Aru to save them.

The only way to stop the demon is to find the reincarnations of the five legendary Pandava brothers, protagonists of the Hindu epic poem, the Mahabharata, and journey through the Kingdom of Death. But how is one girl in Spider-Man pajamas supposed to do all that?

THIRTEEN-YEAR-OLD MIN comes from a long line of fox spirits. But you’d never know it by looking at her. To keep the family safe, Min’s mother insists that none of them use any fox-magic, such as Charm or shape-shifting. They must appear human at all times.

Min feels hemmed in by the household rules and resents the endless chores, the cousins who crowd her, and the aunties who judge her. She would like nothing more than to escape Jinju, her neglected, dust-ridden, and impoverished planet. She’s counting the days until she can follow her older brother, Jun, into the Space Forces and see more of the Thousand Worlds.

When word arrives that Jun is suspected of leaving his post to go in search of the Dragon Pearl, Min knows that something is wrong. Jun would never desert his battle cruiser, even for a mystical object rumored to have tremendous power. She decides to run away to find him and clear his name.

Min’s quest will have her meeting gamblers, pirates, and vengeful ghosts. It will involve deception, lies, and sabotage. She will be forced to use more fox-magic than ever before, and to rely on all of her cleverness and bravery. The outcome may not be what she had hoped, but it has the potential to exceed her wildest dreams.

Race to the Sun by Rebecca Roanhorse

Lately, seventh grader Nizhoni Begay has been able to detect monsters, like that man in the fancy suit who was in the bleachers at her basketball game. Turns out he’s Mr. Charles, her dad’s new boss at the oil and gas company, and he’s alarmingly interested in Nizhoni and her brother, Mac, their Navajo heritage, and the legend of the Hero Twins. Nizhoni knows he’s a threat, but her father won’t believe her.

When Dad disappears the next day, leaving behind a message that says “Run!”, the siblings and Nizhoni’s best friend, Davery, are thrust into a rescue mission that can only be accomplished with the help of Diné Holy People, all disguised as quirky characters. Their aid will come at a price: the kids must pass a series of trials in which it seems like nature itself is out to kill them. If Nizhoni, Mac, and Davery can reach the House of the Sun, they will be outfitted with what they need to defeat the ancient monsters Mr. Charles has unleashed. But it will take more than weapons for Nizhoni to become the hero she was destined to be . . .

Tristan Strong Punches a Hole in the Sky by Kwame Mbalia

Seventh-grader Tristan Strong feels anything but strong ever since he failed to save his best friend when they were in a bus accident together. All he has left of Eddie is the journal his friend wrote stories in. Tristan is dreading the month he’s going to spend on his grandparents’ farm in Alabama, where he’s being sent to heal from the tragedy. But on his first night there, a sticky creature shows up in his bedroom and steals Eddie’s journal. Tristan chases after it — is that a doll? — and a tug-of-war ensues between them underneath a Bottle Tree. In a last attempt to wrestle the journal out of the creature’s hands, Tristan punches the tree, accidentally ripping open a chasm into the MidPass, a volatile place with a burning sea, haunted bone ships, and iron monsters that are hunting the inhabitants of this world. Tristan finds himself in the middle of a battle that has left black American gods John Henry and Brer Rabbit exhausted. In order to get back home, Tristan and these new allies will need to entice the god Anansi, the Weaver, to come out of hiding and seal the hole in the sky. But bartering with the trickster Anansi always comes at a price. Can Tristan save this world before he loses more of the things he loves?

Grounded: The Adventures of Rapunzel (Tyme #1) by Megan Morrison

In all of Tyme, from the Redlands to the Grey, no one is as lucky as Rapunzel. She lives in a magic tower that obeys her every wish; she reads wonderful books starring herself as the heroine; her hair is the longest, most glorious thing in the world. And she knows this because Witch tells her so—her beloved Witch, who protects her from evil princes, the dangerous ground under the tower, even unhappy thoughts. Rapunzel can’t imagine any other life.

Then a thief named Jack climbs into her room to steal one of her enchanted roses. He’s the first person Rapunzel’s ever met who isn’t completely charmed by her (well, the first person she’s met at all, really), and he is infuriating– especially when he hints that Witch isn’t telling her the whole truth. Driven by anger at Jack and her own nameless fears, Rapunzel descends to the ground for the first time, and finds a world filled with more peril than Witch promised … and more beauty, wonder, and adventure than she could have dreamed.

Pages and Co: The Bookwanderers by Anna James

A magical adventure to delight the imagination. A curl-up-on-the-sofa debut from a uniquely talented author.

Eleven year-old Tilly has lived above her grandparents’ bookshop ever since her mother disappeared shortly after she was born. Like the rest of her family, Tilly loves nothing more than to escape into the pages of her favourite stories.

One day Tilly realises that classic children’s characters are appearing in the shop through the magic of `book wandering’ – crossing over from the page into real life.

With the help of Anne of Green Gables and Alice in Wonderland. Tilly is determined to solve the mystery of what happened to her mother all those years ago, so she bravely steps into the unknown, unsure of what adventure lies ahead and what dangers she may face.

What are some middle grade books you’d like to check out?