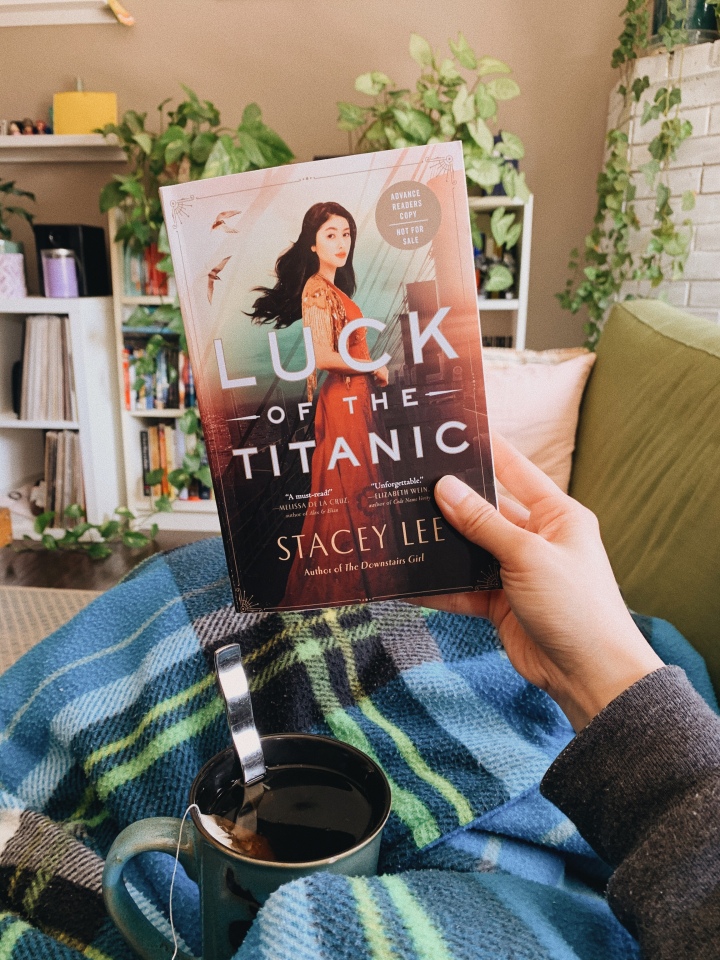 Here’s More About Luck of the Titanic

Southampton, 1912: Seventeen-year-old British-Chinese Valora Luck has quit her job and smuggled herself aboard the Titanic with two goals in mind: to reunite with her twin brother Jamie–her only family now that both their parents are dead–and to convince a part-owner of the Ringling Brothers Circus to take the twins on as acrobats. Quick-thinking Val talks her way into opulent firstclass accommodations and finds Jamie with a group of fellow Chinese laborers in third class. But in the rigidly stratified world of the luxury liner, Val’s ruse can only last so long, and after two long years apart, it’s unclear if Jamie even wants the life Val proposes. Then, one moonless night in the North Atlantic, the unthinkable happens–the supposedly unsinkable ship is dealt a fatal blow–and Val and her companions suddenly find themselves in a race to survive.

This was a slow burning story about young Valora Luck; a Chinese British person who’s trying to get to America and become an acrobat in the Ringling Bros Circus. While it was slow burning, I also remembered this story takes place on the Titanic and perhaps it was more the anticipation of what happens to the ship that made it feel slow. But it was definitely entertaining. Watching Valora pull off being a boy to hang out with her brother and his friends in third class to pretending to be Mrs. Sloane in first class, I loved seeing her dynamically navigate through those different worlds. It was also quite fun especially when she’s fooling the rich folks that she’s also rich and white.

It was interesting to see the dichotomy between first class and third class. Naturally, we’ve seen these class wars in movies like Titanic, but what Titanic failed to recognize was the level of discrimination people of color from third class were faced. It wasn’t only Valora, Jamie, and the boys who are discriminated against and it made sense with the story. And although they were faced with a lot of discrimination, there were also people on board who looked beyond their ethnicity and befriended them. It made me happy to see a few allies in the mix.

I also loved that this story was loosely based off the six Titanic survivors who are of Chinese descent. It blew my mind reading the author’s note at the end and seeing the inspiration for the story. Personally, as a Korean American, I never imagined someone who looked like me on board the Titanic. I think the biggest depiction of life then was that big blockbuster movie we all know and love. And in many ways, I was worried with the direction this story went. I was worried she would fall in love with some rich white guy and abandon her plans to be independent, but it didn’t turn out that way! It actually made me so happy that she was so stubborn!

This book also deals a bit in grief/loss. When Valora boards the ship, there’s a lot of recall to her mother and father who both tragically passed away. It fueled her determination to follow her dream especially since it was her parents that got her and Jamie into acrobatics in the first place.

The ending was definitely where all the action was. I mean, this is the Titanic and I don’t think it’s a spoiler with what happens to that ship at the end. But it was interesting to see this represented. I appreciate so much what Stacey Lee was able to do with this book. I loved the story and imagining myself in such a historical moment. Although, I am glad I wasn’t on that boat in real life.

Thanks Penguin Teen for gifting me a copy of this book. My opinions have not been influenced by the publisher or the author.