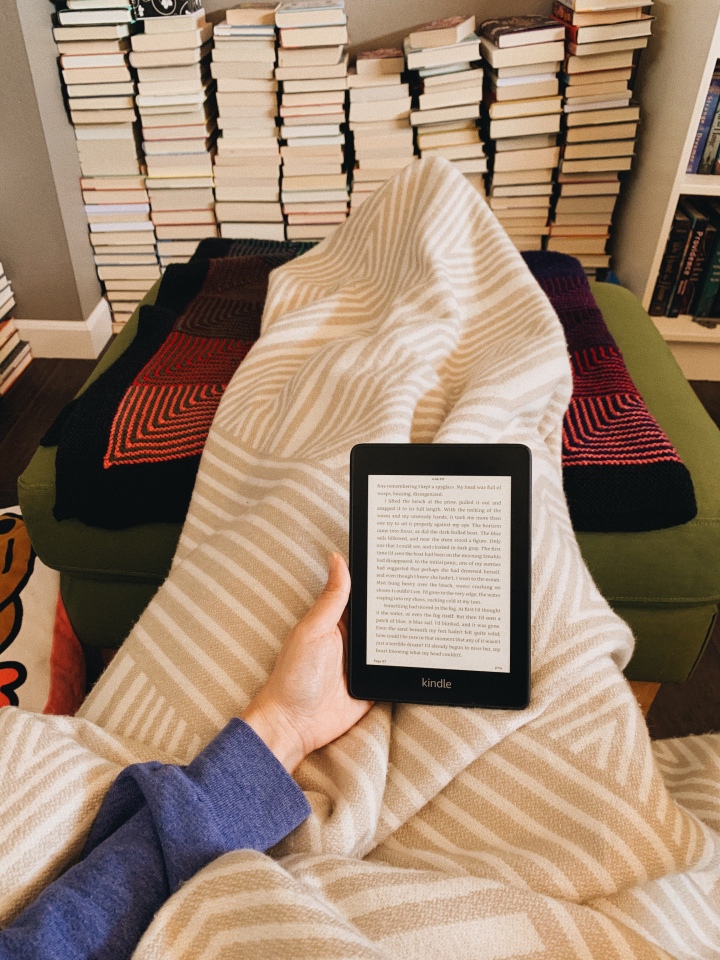 Recently, my mood has been wanting more science fiction and I’m not mad about it because I’ve got some lovely sci-fi lined up for myself that I think my mood will most definitely appreciate. I decided to dive into the second book in Becky Chambers’s Wayfarer series, and I have to admit that it really took me by surprise

Here’s More About A Closed and Common Orbit

Lovelace was once merely a ship’s artificial intelligence. When she wakes up in an new body, following a total system shut-down and reboot, she has no memory of what came before. As Lovelace learns to negotiate the universe and discover who she is, she makes friends with Pepper, an excitable engineer, who’s determined to help her learn and grow.

Together, Pepper and Lovey will discover that no matter how vast space is, two people can fill it together.

The Long Way to a Small, Angry Planet introduced readers to the incredible world of Rosemary Harper, a young woman with a restless soul and secrets to keep. When she joined the crew of the Wayfarer, an intergalactic ship, she got more than she bargained for – and learned to live with, and love, her rag-tag collection of crewmates.

A Closed and Common Orbit is the stand-alone sequel to Becky Chambers’ beloved debut novel The Long Way to a Small, Angry Planet and is perfect for fans of Firefly, Joss Whedon, Mass Effect and Star Wars.

This was such a great read and really exactly what my brain needed. Not only was I getting lost in another space adventure, it was quite different than the first. I don’t mind that, but I would be lying if I said I didn’t miss the Wayfarer. However, I really liked the dual perspectives of Sidra and Jane and how their personal experiences drive them to be the people they are today. It’s one of those books with interconnections that you don’t see when you’re reading right away, but reveal themselves as you read along. And the reveal made me so happy.

I thought this story was so human. Many of the situations she found herself in was kind of like watching a young child discover the world outside of their parents; understanding Sidra (aka Lovelace) and her interactions with other beings, understanding herself in a body outside the ship and having to live with the limitations of that body, her ability to make friends with Tak and their ability to be open and understanding despite Sidra being such an illegal product. It all read like a young person trying to find themselves and what their purpose is in the world. I also loved that Pepper and Blue were there to ensure her journey to maturity weren’t met with some serious consequences.

Jane was the other character in this story and reading her origins was wonderful. It was a little jarring to read about a factory that produces clones of the same person to do the same menial tasks everyday, but when Jane 24 finally escapes and starts living in an derelict space shuttle, that’s when the story got really interesting. Similarly to Sidra, Jane’s being raised by an AI inside the shuttle and you can read her going through the same hormonally charged experiences most teenagers go through. But there was also a serious component to Jane’s story of survival and loneliness which at a young age (from 10-19 years old is what’s covered in this book), it made you hope that she finds someone that will protect her and be her friend outside of that AI.

But what I loved is how this AI and Jane loved each other. They each have different programming. The AI is a computer who’s teaching a child who can’t read or do anything aside from fix things how to survive. Their relationship is uncanny and constantly being tested given that Jane is a human and Owl is only AI, but somehow they made it work.

I feel like there’s a deep message of found families. You may be with strangers for a time, but then you find the people that love you for you and want to protect you because you’re precious to them. It was such a hopeful one too and how understanding and accepting people were with each other.

Overall, a more human and character-based story than the ragtag team of the Wayfarer from Becky Chambers. However, I kept my mind and heart open and it rewarded me justly. This kind of writing reminds me of her more recent book To Be Taught, If Fortunate and how she’s able to use science fiction to bring hope to those who are looking for a bit more humanity in the real world.