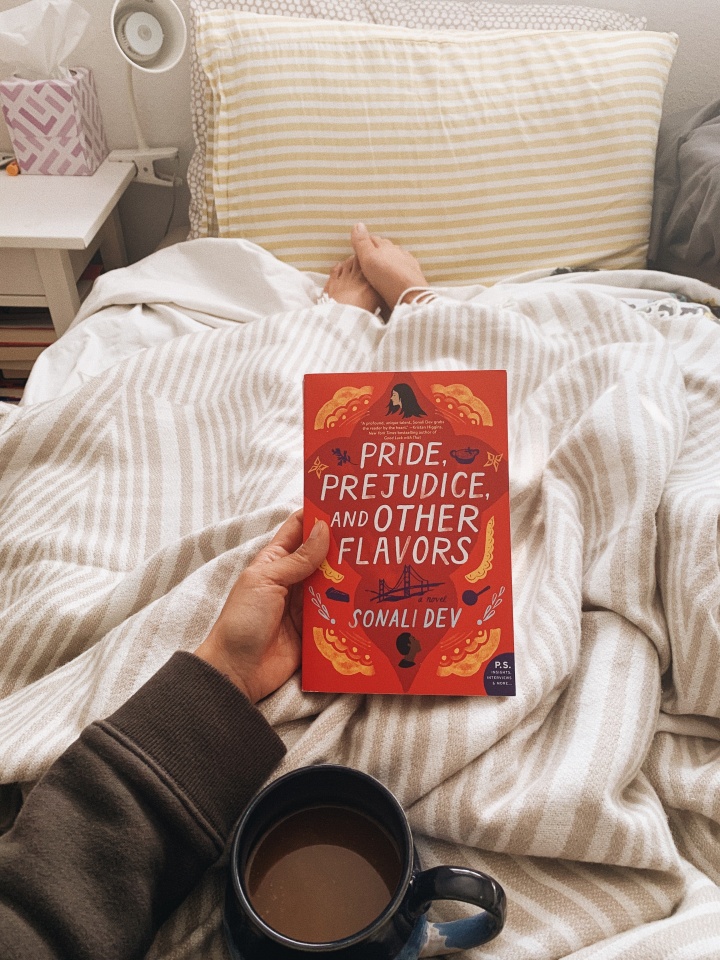 If you follow me on bookstagram, then you already know that I pre-judged this book as a meh story. I was so set to give it three stars and voice my strong opinions on the writing tearing Sonali Dev a new one in my review. How PREJUDICE of me because this book turned out to be one of my favorite stories and a nice way to get out of the 3-star book slump I’ve been feeling lately.

Before I launch into this review, I do want to mention I read a few reviews where the readers dissect the medical stuff that takes place here. Not being a healthcare worker, I wasn’t aware of those issues, but I thought I would share a couple of reviews that highlight them and share how problematic they are:

Also do want to mention that there are discussions of sexual assault, rape, and terminal illness.

Pride and Prejudice and Other Flavors follows Trisha, a young neurosurgeon dedicating her life to helping blind people see again. She comes from a pretty prominent family of lawyers, doctors, and a brother who’s running for Governor for the state of California. However, her past keeps her from living her present to its fullest potential. DJ is a chef born to cook, but comes from humble beginnings. His sister, Emma, is diagnosed with a cancerous tumor in her head wrapped around her optic nerves. Trisha will do everything in her power to save Emma’s life and hopefully, her eyesight.

When Trisha finally meets DJ for the first time, at an event thrown by her parents, she’s already pegged him as just the hired help. DJ’s already pegged Trisha as a snotty rich girl who never had to work a day in her life. However, their prejudice against each other is the start of a relationship neither of them see coming until the very end.

Let’s talk about some of the big ticket items that I loved about this book. First off, food descriptions. NOMS! I will always love a good food description and the usage of Indian food will keep you salivating while you read. Next, I loved the characters. I didn’t think I would fall in love with the characters as much as I did, but they became so complex that even the secondary characters were really well written and made you want to know more about them.

As I mentioned before, the biggest flaw for me was the writing style. I’m not a fan of overwritten sentences and repetitive info. I understood quite clearly that DJ came from nothing despite the hundred times I was told that he came from nothing (OH BTW, HE CAME FROM NOTHING).

I think having the omniscient voice in this book made reading it a little bit tougher because it almost felt like the narrator knew even more than it was telling. Like it knew the name of a police officer before he’s introduced and then you have to match up the fact that the person they’re referring to was the police officer. It almost felt like Sonali Dev was holding herself back, trying not to write a romance novel so it’s not until the end that Sonali Dev’s writing felt comfortable and maybe it’s because the ending felt like the ending of a romance novel. 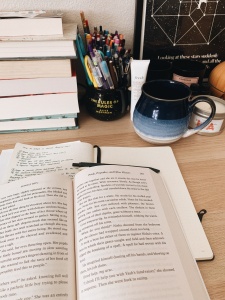 But aside from its flaws, I told myself I wouldn’t DNF. I wanted to read this book for my book club discussion and so I told myself to keep reading. Just one more chapter and if this chapter sucked, then I’ll put it down. But as I kept reading, the book kept getting better and better. Suddenly, I couldn’t put down the book. I needed to know what happened to DJ and Trisha and their families. I think it was at the moment when Julia Wickham is finally introduced that made me stick around to see what happened to these characters.

And I loved the characters so much. I even loved Julia Wickham! The reason why I loved them is because they were so complex. Sonali Dev can write a really great character even ones that you’ll hate for the rest of your life and what I loved about her characters is that they’re real.

I feel like there’s a big cop out for authors to have these complex characters who’s problems all go away by the final page, but I loved that everyone here stayed true to who they were even after the book was done. Real people need a lot of time to change and Sonali Dev provides them that time.

The last thing I want to talk about is the Pride and Prejudice retelling portion. When I was just starting this book, I guffawed at the fact this book didn’t read at all like Pride and Prejudice. There’s gender reversals (Trisha is Darcy and DJ is Elizabeth) and there was usage of the names, but I didn’t see how it was a retelling.

However, when you think about the characters and how they judged each other prematurely, how they were so stubborn about changing their minds about each other, and how they slowly learned that the other person is actually a good person all brought me back to Elizabeth and Darcy and their dynamic. It’s not an exact retelling, but the pieces of Pride and Prejudice are so expertly interwoven that you would love this book if you’ve never read Pride and Prejudice before.