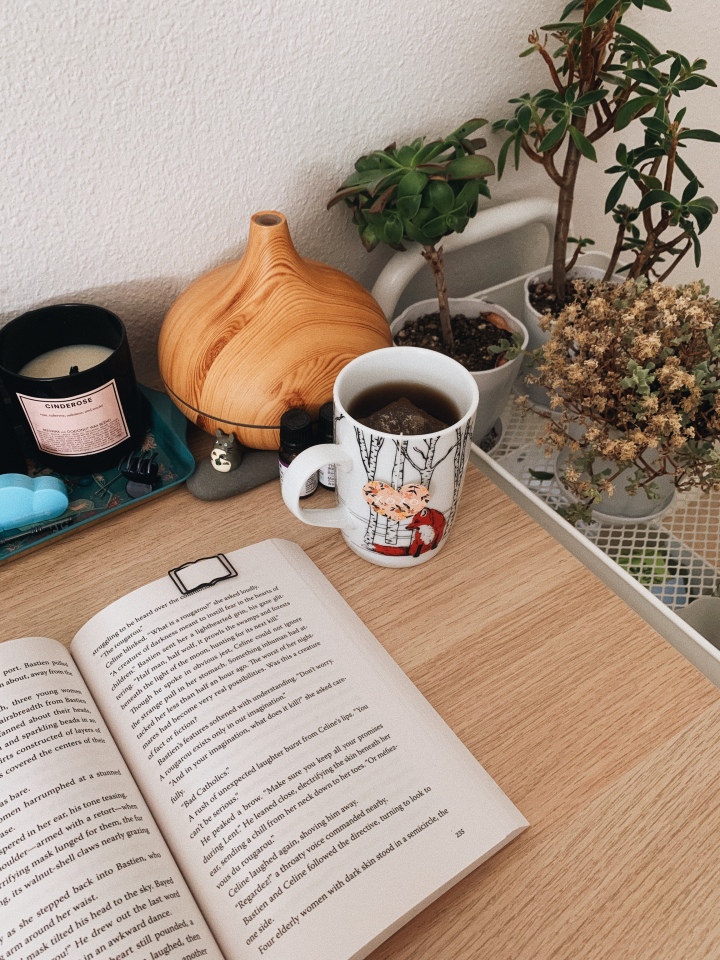 I can’t believe that it’s already the middle of September! And luckily the books I’ve been picking up have been good. Don’t you love when you’re on a reading streak and every book you pick up is amazing? I wonder how long this will last because I know I’ll come across a dud soon enough.

It’s also coming onto Fall, which is every book reader’s favorite season. For me, I absolutely love reading Fantasy books in the Fall and this season has some of my most anticipated releases of the year! Yes, the entire year I’ve been waiting for this season. I’ve already shared a little on what to expect this season, so you’ll see more of that soon. For now, here’s what I read so far:

Probably the biggest book I read this month and it was an absolute trip. This is the final book in the Nevernight Chronicle and it’s a series that will definitely stay with me for a long time.

This series in general is about a young teenager named Mia who watched some pretty horrible things happen to her family and vowed revenge for them. But she’s just a teenager with no skills in revenge. That is until she meets Mercurio, an assassin for the Red Church. Mia grows and learns how to kill and finally enact her plans for revenge with her friends helping her along the way. The series follows her as she learns how to become an assassin until her final moments with the man who killed her father. It’s a pretty incredible dark fantasy with witty commentary and footnotes because the author is that extra.

Don’t You Forget About Me by Mhairi McFarlane

According to my Goodreads, I haven’t read a contemporary book in a minute, so I’m glad to have read this one after my huge hangover from Darkdawn.

This is the story of Georgina, a woman who recently lost her job, her boyfriend, and just ran into her first love who doesn’t even remember her. At first, I thought this was a romance novel, but it turns out to be much more than that. It’s more the story of a young woman coming of age at 30. I loved this book because it reminds me a lot of myself; a young person just trying to find that niche for herself while contending with the people who want to take her down (or really looking out for themselves).

Brazen and the Beast by Sarah MacLean

While I’m coming to terms with the historical romance genre (I’m learning I’m not a huge fan of balls and dukes and the same conversations of ruin), I still love Sarah MacLean’s Bareknuckle Bastards series.

This one in particular follows Hattie, a 29-year-old woman who is much to old to be married. Instead of becoming a spinster, Hattie has it to lose her virginity and take over her father’s business. But when her little brother gets into trouble with Whit aka Beast, she must go and fix this. Of course she didn’t expect to fall in love with Beast at the same time. Out of all the historical romance I’ve tried, this one gets me the most. I think it’s because it’s more interesting than another duke and another ruination making the story more complex and also sharing London’s underbelly than being about the ton.

What have you been reading lately?

It’s a lovely day to read! Are you putting some time aside today to read? I’m planning on doing some chores then sitting down with my book and getting some reading done. Hope you’re having a lovely weekend!
Happy Friday! Are you a dog person? What’s your favorite kind of dog? Today I’m sharing these Boston terrier socks I made for my sister’s birthday. It’s up on the blog now!
Trying out a new angle! Happy Wednesday, folks! I’ve got some work to do in the morning, but my afternoon will be filled with books. Who else is feeling excitement to read?
It’s a new day to start a new book! Are you starting a new book today? Mine is Realm Breaker by Victoria Aveyard, which I’m very excited about! Thanks @epicreads for the gifted book. Here’s more about the book:
Happy Sunday! I’m cozied up and finishing Jo and Laurie by Margaret Stohl and Melissa de la Cruz. Thanks @penguinteen for the gifted copy of this book. What’s a retelling that you’re a fan of?
Happy Saturday! I finished Last Tang Standing by Lauren Ho yesterday (thanks @putnambooks for the gifted read).