For some reason I’ve been on a LA-settings kick. First it was The Friend Zone and now The Bookish Life of Nina Hill. 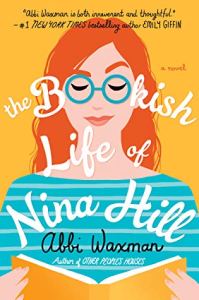 It’s the story of Nina Hill; your introverted reader who works at the independent bookstore in your neighborhood and fills hers nights with fun activities from trivia night to hot yoga. However, Nina is alone. She loves to be alone and lived most of her life that way. With an absent mother and no clue who her dad was, Nina’s adapted herself to enjoy the moments she spends alone. That is until her father’s lawyer finds her and tells her 1) she has a father 2) he just died.

Suddenly, the life Nina lived is filled with a family she’s never met. It also turns out her dad was a complicated man leaving behind a few ex-wives, tons of kids and grandkids, and a little extra for Nina in his will. But can Nina really handle a whole new family when she’s been alone all her life?

I really wanted to like this story and for all intents and purposes I did like it. I read the whole book. I was engaged and interested in what happened to Nina. The setting was in LA in a neighborhood I’ve been to and a bookstore I’ve actually shopped at. It was the perfect storm of cute reading and yet, it was just cute.

While I was reading, I made my notes in my book journal and a few possible outcomes for the story. Sadly, none of my theories actually came to fruition and I was left a little disappointed. In hindsight, I think I asked too much from this book and set my expectations way too high.

I want to emphasize that this book is cute. Lots of cute little scenes and tons of cute feelings for Nina, her friends, and her family. However, I didn’t think there was enough conflict. I thought having found out that you’re a part of a fairly well-to-do family would raise some more suspicions between the family and Nina. I thought that having a love interest would bring some heat to the story, but all of it just felt meh. Everything seemed to resolve too quickly. Nothing seemed like a struggle. I also felt like even Nina’s internal struggles with her personality were a little too quickly resolved.

I think the one thing that really brought this book home for me was the fact Nina was so much like me. Honestly, I think a lot of readers will see a ton of themselves in Nina because she’s exactly us. She’s the overthinker, the reader, the organized force who has to write everything down otherwise she forgets. She’s the awkward shy person who isn’t afraid to tell a guy she doesn’t want to hang out with him tonight. She reminded me a lot of me and really drove the story for myself despite its flaws.

But overall, a super cute read for the summer. I think I’ll be reading more Abbi Waxman in the future and gauging what her other writing is like. Will you be reading The Bookish Life of Nina Hill this summer?

I received a copy of this book from Berkley Publishing for free in exchange for an honest review. My opinions have not been influenced by the publisher or the author.