I originally wanted to read this for #pride month, but I don’t know. Life. I’m glad that I made it a priority and read it now, though.

Katie Daniels is a perfection-seeking 28-year-old lawyer living the New York dream. She’s engaged to charming art curator Paul Michael, has successfully made her way up the ladder at a multinational law firm and has a hold on apartments in Soho and the West Village. Suffice it to say, she has come a long way from her Kentucky upbringing.

But the rug is swept from under Katie when she is suddenly dumped by her fiance, Paul Michael, leaving her devastated and completely lost. On a whim, she agrees to have a drink with Cassidy Price-a self-assured, sexually promiscuous woman she meets at work. The two form a newfound friendship, which soon brings into question everything Katie thought she knew about sex—and love.

When Katie Met Cassidy is a romantic comedy that explores how, as a culture, while we may have come a long way in terms of gender equality, a woman’s capacity for an entitlement to sexual pleasure still remain entirely taboo. This novel tackles the question: Why, when it comes to female sexuality, are so few women figuring out what they want and then going out and doing it?

To start off, I gave this book two stars on Goodreads. I don’t normally read books that are two-star books, but I thought that eventually the story would get better. I thought the characters would build out more. I thought there would be less of a rush to get to the end.

But to set aside my overall feelings about this book, I do want to say that it’s cute. It’s a nice little romance about two women who find each other and fall in love.

However, I find myself wanting more from this book. Even in terms of romantic stories, it feels like it was lacking something. I don’t know what it is, but something felt off or missing.

I think the biggest issue here was time. The book itself is quite short and I think it could have used another 100 pages or so to develop the story a little bit more, but I found that everything kind of moved pretty quickly and then suddenly things were over.

The story follows Katie, a 29-year-old financial lawyer who is recently dumped by her fiancee. She’s going through all the motions of a break up and it made sense why she didn’t “mourn” that relationship longer than what you would normally get in a romance-centric novel. You don’t really get into her emotions about the breakup. All you get are a few hints (tissues all over the apartment, aging takeout containers on the floor), but you don’t see the breakup and how devastating that could be.

Then there’s Cassidy, a 30-year-old financial lawyer who works for an opposing firm that works closely with Katie. Cassidy is this sort of commitment-phobic lesbian with a penchant for one-night-stands and relationships that last about a month.

She kind of reminds me of Sailor Uranus from Sailor Moon, cool and so comfortable in her own shell while Katie felt more like Sailor Moon, all flailing arms and legs and not a clue as to what’s going on around her. Here’s what I imagine their relationship looking like: 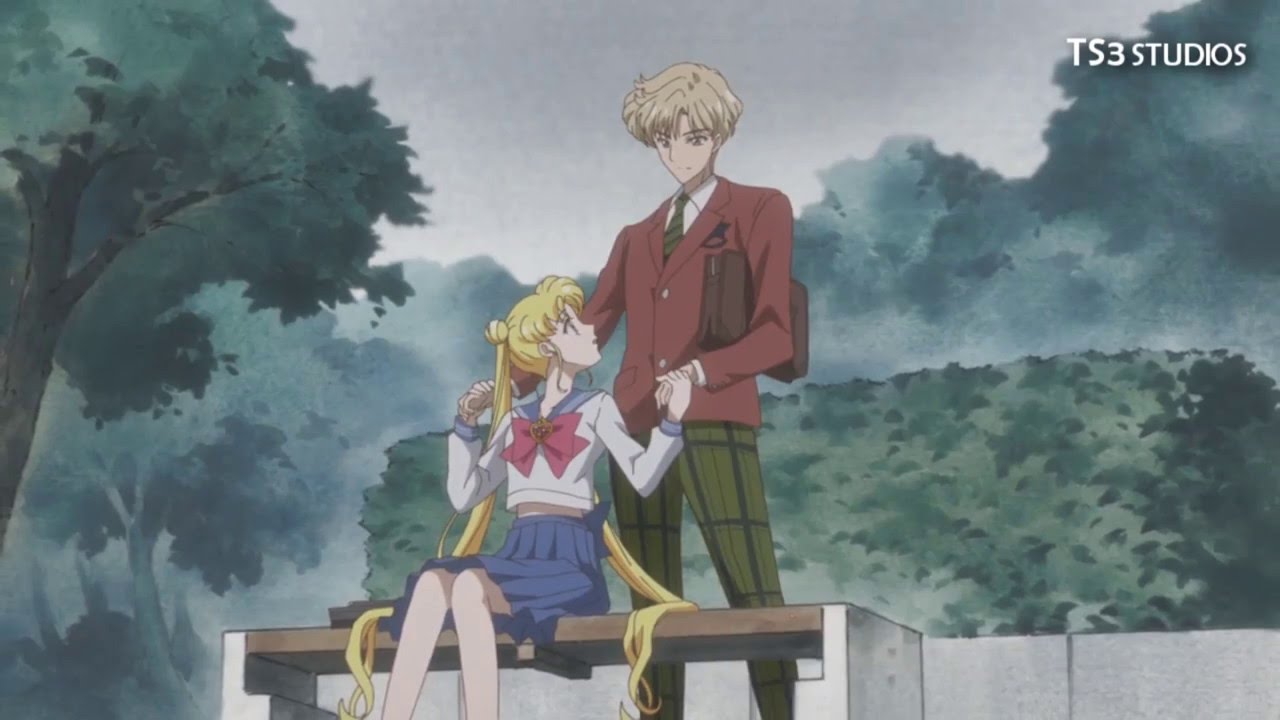 For all intents and purposes, you’d think that these two characters would come together and it would follow the natural progression any rom-com. However, it felt like something was missing or my investment in these characters were waning by the end.

Katie is supposed to be this lawyer and Camille Perri talks about her going to the office and doing her job, but it felt like there wasn’t enough to understand the level of lawyer-ing she does. There were a few scenes where they text each other having to stay late hours and how Katie’s boss annoys her, but that’s about it. Honestly, I thought she worked in a fashion closet or a magazine with the tone that she takes her job.

I feel like these subtle details that shape characters for the reader were kind of missing. Yeah, you can get the gist of it from the details that were provided, but their work relationships felt like throwaways.

Also, there wasn’t a lot of explanation on why Cassidy chose to be more of a playboy than the romantic type. Besides being a lifestyle choice she made, I would’ve loved to see some catalyst or backstory that explains why she decided to go this route. I feel like by the time we started getting into that grittiness, the story was almost over.

On top of that, it felt kind of abrupt how Cassidy was just suddenly in love with Katie. I almost wondered if I had the timelines wrong because they had only gone on a few dates before she was planning a weekend trip out in the country. I don’t think I’ve ever traveled with a partner that quickly in a relationship especially when it doesn’t seem like they’ve been dating all that much.

Katie seemed to be more fleshed out. She had just broken up with her fiance. She was living in a new apartment. She’s going out at night and suddenly she finds herself falling in love with a woman. I felt like there was a lot of development here. I felt like I understood where Katie was coming from and the choices she made. I even got it when she saw her fiancee again and everything that happened after that.

There didn’t seem to even be enough struggle between Katie being straight and Cassidy being a lesbian and how that all worked out. I figured a character like Katie (who is a little obsessed with appearances) there would be A LOT more insecurity in the beginning. And with Cassidy, I thought there would be A LOT more hesitation on dating someone who is straight especially since she’s been out of the closet for quite some time.

But in the end, I did finish it. I liked the story for what it is, but I really wish there was some more depth. I think I kept on reading because I wanted to see how it ended, but I really came away from this story disappointed.

I received a copy of this book from Putnam Books for free in exchange for an honest review. My opinions have not been influenced by the publisher or the author.

One thought on “When Katie Met Cassidy by Camille Perri”