Well, if you follow me on Instagram then you know that I’m obsessed with the new trailer for Fantastic Beasts: The Crimes of Grindelwald. Check out the new trailer above.

I’ve already watched this a few times through and there were a couple of things that got me the most excited by this:

If you’re not aware, The Wizarding World logo represents all things Harry Potter. Because JK Rowling expects to expand the universe, it felt fitting to have all of the films and books under one house name. Not everything is about Harry Potter and I’m assuming that after Newt Scamander’s story, we’re going to expect more from the other folks who live in this universe.

The logo (which looks like an open book) represent the nine wands of witches and wizards who have made an impact on this universe. Each wand belongs to those magical folks and you can find out more about why they’re represented here.

The screenplay is written by JK Rowling

I know that Fantastic Beasts and Where to Find Them is also written by JK Rowling, but I do want to mention that this entire series of films will be written by her. While JK Rowling provided the Harry Potter books as a source for the films, this is the first time we’re actually seeing her words put directly onto the screen.

I mean, we always talk about how film adaptation of books are always missing pieces and aren’t fully developed as the book would be, so seeing that JK Rowling will continue to write these screenplays is like reading canon directly from the source. Drinking the water from the well, if you will.

I know this is a super small detail, but seeing her name on camera that doesn’t say “Inspired by the books by JK Rowling” just got me so pumped for this film.

We get to hang out with Jacob Kowalski again!

I think my favorite part of the first movie was the muggle, Jacob Kowalski. Everyone was such a huge fan of this character in the first film that I felt like he would be making an appearance in the second one. A human with no magical powers who is playing the guy we all want to be. Even if magic exists and I turned out to be a muggle, knowing and experiencing some small amount of this magical world would be enough to satisfy me for the rest of my life. Seeing it through Jacob’s eyes is like living out that dream vicariously. 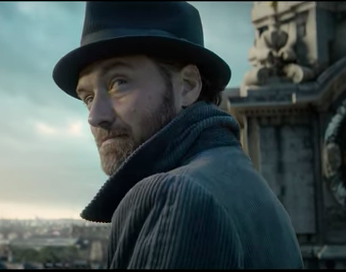 This man needs no introductions. I think the most exciting feature of this film is a glimpse into Dumbledore as a young professor. While there was some controversy over Dumbledore not playing as an openly gay character, I’m still super excited about seeing Jude Law stand up to Michael Gambon and Richard Harris’s Dumbledore. Will he be quirky? Will he talk in riddles? Will we all love him for being the most outstanding wizard that he is? Will he be secretly plotting something behind everyone’s back? Let’s hope so. 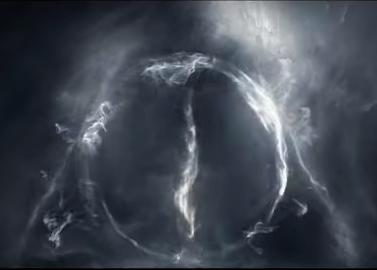 If you aren’t aware, Grindelwald steals the elder wand (the most powerful wand in the wizarding world) from the wandmaker, Gregorovitch, and then Dumbledore gets the wand from Grindelwald during an epic duel. The story of how the wand gets into Dumbledore’s hands takes place in the 1940s after the second World War, but Newt Scamander’s story takes place during the 1920s. I have a feeling that these films will be touching on Grindelwald retrieving the wand and perhaps even how Dumbledore eventually gets it? It might be wishing for too much with that last part, but a girl can only hope.

4 thoughts on “The New Crimes of Grindelwald Teaser Trailer”

It’s been way too long since I stepped on a beach but Bucky wanted to go surfing after a year of staying away and it was a lot of fun. What’s an activity you’re excited about doing?
Happy Friday! I asked this yesterday, but wanted to see what more people thought. What was a book you’ve put off forever and recently read?
Happy Thursday! Today’s my “day off” so I’m sitting and reading and relaxing. What do you do on your day off?
Happy hour drinks and reads! What’s your favorite drink? I’m having myself some hard kombucha (which tastes like beer but not beer) and finishing up The Conductors.
Happy Pub Day to Life’s Too Short by Abby Jimenez! 🎉. Thanks @readforeverpub for the gifted book.
Happy Monday! I woke up fairly early to get some reading done and I feel so good about it. Who knew if you replaced your phone with your book you’d actually get some reading done.