I’m not typically a fan of giving books one star because there are some themes and merits that a book may have that I don’t want to discount. However, I really didn’t like this book at all.

Let’s get this over with 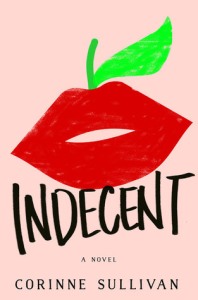 Shy, introverted Imogene Abney has always been fascinated by the elite world of prep schools, having secretly longed to attend one since she was a girl in Buffalo, New York. So, shortly after her college graduation, when she’s offered a teaching position at the Vandenberg School for Boys, an all-boys prep school in Westchester, New York, she immediately accepts, despite having little teaching experience—and very little experience with boys.

When Imogene meets handsome, popular Adam Kipling a few weeks into her tenure there, a student who exudes charm and status and ease, she’s immediately drawn to him. Who is this boy who flirts with her without fear of being caught? Who is this boy who seems immune to consequences and worry; a boy for whom the world will always provide?

Exploring issues of class, sex, and gender, this smart, sexy debut by Corinne Sullivan shatters the black-and- white nature of victimhood, taking a close look at blame and moral ambiguity.

I went into this story hoping that it would strongly resonate with me; a young woman who is introverted and a little scared of the world being thrust into the private school life with a job that will help grow my career. Of course I would never sleep with a student, but I felt a lot for the way that Imogene felt. I do pick at my skin because I’m insecure about the way I look. Things, in my mind, need to be perfect. I do spend a few hours in bed, but not because I’m sad or lonely. I do it because it’s my refuge and I thought I could relate to Imogene that way. However, that was the extent of my connection with this character.

First off, I really wish this book was more about the whole illicit student/teacher relationship where the young man falls in love with the teacher rather than the other way around. While I get what the author is trying to do here with this particular set up, I don’t think that it’s good for women to be written this insecurely. Yes, we’ve all shamefully stalked our exes online, but why build it out to this extent? Why make her pine for a boy who just wants to have sex with her? Where is her sense of self? Where is her “girl power?” Perhaps instead if they did love each other and they were up against the odds of the school, their families, their friends, then this would be the story of whether or not it is “indecent” to love a student. It feels like she has no control and doesn’t want any control over her own actions and emotions. She just wants to play the victim in her own life rather than stand up for herself.

Speaking to that, there was pretty much no growth. Imogene, the main character, goes on doubting herself and the relationship she has with her 17-year-old love interest, Kip, and trying to understand why a 17-year-old rich kid who plans on going to Yale would want her. I don’t mind that a student and a teacher has an affair. That’s fodder for some good reading material, but I didn’t relate to her feelings for him. I didn’t understand why she put herself in bed after having sex with him. I don’t understand how she’s not able to do her job while she’s having sex with him. I don’t understand the obsession and trust me, I’ve had my fair share of obsessions.

Then on top of that, why would he want to be in a relationship with her? There was no signs that this guy was in any way interested in her outside of the occasional sex. I mean it. I’m pretty sure any person could read this book and see the signs were so clear that he was only in it for the sex and nothing else. Is it considered victimhood if you’re posing as your own victim? I don’t know how dense you need to be to see that this guy doesn’t want anything from you than a good time.

And then there were the boys that were interested in her. Men who were in her age range (early to mid 20s) who wanted to take her out on a date. Men who wanted to be seen in public with her. And yet, she’s seen pining over him. She’s stalking him online. She’s stalking women he’s friends with online because her insecurity levels are so high that that is all she can muster. Even after they were found out and this ridiculously long proceeding of figuring out who did what and what it all meant, she’s still crying about him. Why?

Also, it felt like Imogene was a mash up of all the fears and doubts any woman would ever feel about themselves. She hates the way she looks in the light, but she’s willing to go down on her knees and give oral sex to Kip. She’s extremely judgmental of everyone else around her; her coworkers, her friends, her students, the teachers, even her own family. I don’t get why this girl hates on everything, doesn’t get close to anyone, and doesn’t grow in any way from the personal experience?

I’m sorry, but I don’t like people who are like this. I don’t like people who aren’t able to look inwardly at themselves and see a chain of behavior that needs to be resolved. She went to therapy for four years to understand why she picks on her skin and that doesn’t change anything about her habit. She just seems unable to be a better person and I personally feel that this shouldn’t be glorified even for the sake of the whole victimhood theme.

It really pained me to read this. It took all that I could to not want to put this down. Eventually, I skimmed the last good chunk of this book because I just didn’t care anymore. I may have been just as shy and scared when I was 22, but I wasn’t imagining things that weren’t there and having illicit affairs with students I was teaching. I was more determined to grow my career at that point and date men who were serious about themselves. Then again, I don’t date 17-year-olds who go to boarding school and plan on sailing ships at their family’s legacy school.

I received a copy of this copy of Indecent from NetGalley for free in exchange for an honest review. My opinions have not been influenced by the publisher or the author.

2 thoughts on “Indecent by Corinne Sullivan”