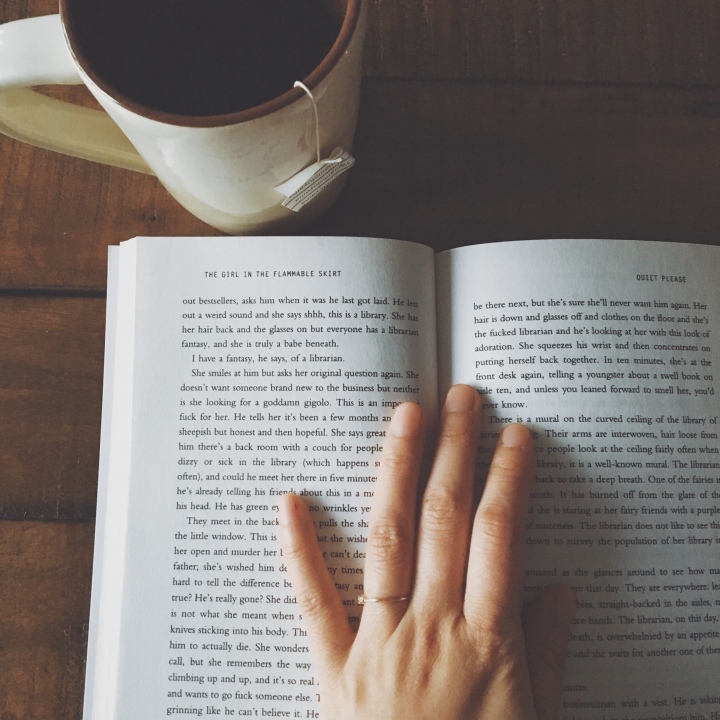 I was going to hold off on posting this for a few days, but I’ve been feeling down lately and decided to post this today.

This is a question I’ve been trying to post about for a little while now. I think for a lot of people “diverse reads” means something different to them. It could be reading women. It could be reading about people of color or authors of color. Since there are so many different ways to say “diverse,” I figured I’ll share what I believe.

My diverse reading journey started with myself. Being Asian American, I’ve lived a very different life than the people who grew up around me. I’ve been met with racist remarks and stereotypes everywhere I’ve gone. It’s an isolating experience and even when I had friends and family members going through the same thing, it still felt extremely isolating.

So I looked to books. When I was a kid, the only book that really resonated with me was The Joy Luck Club by Amy Tan. Even though we come from different Asian nations, I could still feel the resonance in her voice; that want to please your parents and be yourself at the same time. The century-old Asian traditions intermingling with the new experiences as an American. You want the burger, but you settle for kimchi. It was a world I struggled with and still struggle with knowing better. I don’t ever know if I belong in a group with all white people or if I belong in a group with all Asian people. I’ve tried both and my bones felt like they were all stuck out of place.

Thankfully, as I grew older, authors also expanded on the subject and I was not only able to find stories relating to what I went through. I also found stories of people who come to terms with their Asian American heritage and make the best of their situations regardless of the color of their skin. I think this was probably the most profound thing I’ve ever experienced; normalcy.

I am a firm believer in culture and society. Throw yourself into any country in the world and there is a certain way of life you may have never thought to see before. I also firmly believe that I live in a huge bubble. Being born and raised in New York City, you are stuck in the center of the most culturally diverse city in the world. However, you also end up thinking a lot like the people you live around and being a population-dense city, you live around a lot of people.

So I wanted to take a step back. I wanted to read the stories of people who live in other places and the struggles they see on a daily basis. I wanted to read what it was like to not be me, be in New York City, and be someone else. As the old adage says, readers live a thousand lives in the books they read. I’ve just wanted my lives to be a little bit more diverse.

What I found were beautiful prose and deeply rich stories of people in the private moments of their lives. The thoughts they have, even in fiction, are so overwhelming true and real. They all speak to me in some way or another be it a story of a young girl trying to find her place to the story of a young man shot down because of the color of his skin. It feels dangerous to write these stories because it’s a truth that’s personal and sacred to the person writing it.

Publicly sharing your feelings is never easy. There’s constant judgment and people who won’t find you appealing. But these stories remind me that it’s okay. You can be whoever you want to be as long as it’s your truth. As Oprah elegantly spoke this weekend, “what I know for sure is that speaking your truth is the most powerful tool we all have.”

I’ve read so many wonderful stories of promise and hope in my diverse reading. I’ve read so many stories that I’ve been able to connect deeply with the people in the book. I’ve been able to educate myself on the experiences of other people because of diverse reads and no longer do I imagine a white person in the other stories I read. It’s such a ray of light to read diverse books and share these books with you.

I’ll be posting a whole new section in my blog about diverse reads. Will you join me in reading more diversely?

5 thoughts on “Why I read diverse books”