I’ve decided that I’m going to make my wrap ups way more robust. Yes, I’ll be highlighting my reads, but something else I want to do is also highlight great articles I’ve read around the Internet and maybe a few updates from my life. There are so many other great things that happen over a month and I just want to share that with you!

First, let’s talk about the weather because no small talk doesn’t have some amount of weather conversation. It was really hot in October and when you’re trying to get in the cold weather mood, the last thing you want to do is wear shorts. However, we all persevered and November is already starting off with some nice chill feels.

We start off the month with an article written by Jeremy Lin and his recent hair choices. If you’ve got a moment to read an article written by a basketball player, I would suggest doing so. While Jeremy Lin isn’t the most profound writer, he does speak more about cultural appropriation, being Asian, and always keeping in mind the culture you’re choosing from.

One thing I know for sure was that October reads were on fire with a new one from John Green, a prequel to Practical Magic, and some thrillers. Because what kind of October is it without some spooky reads?

The Ardent Biblio asked me to write up my favorite from the month, so I’m going to skip my review of them here and just point you to what I did read. Check it out! 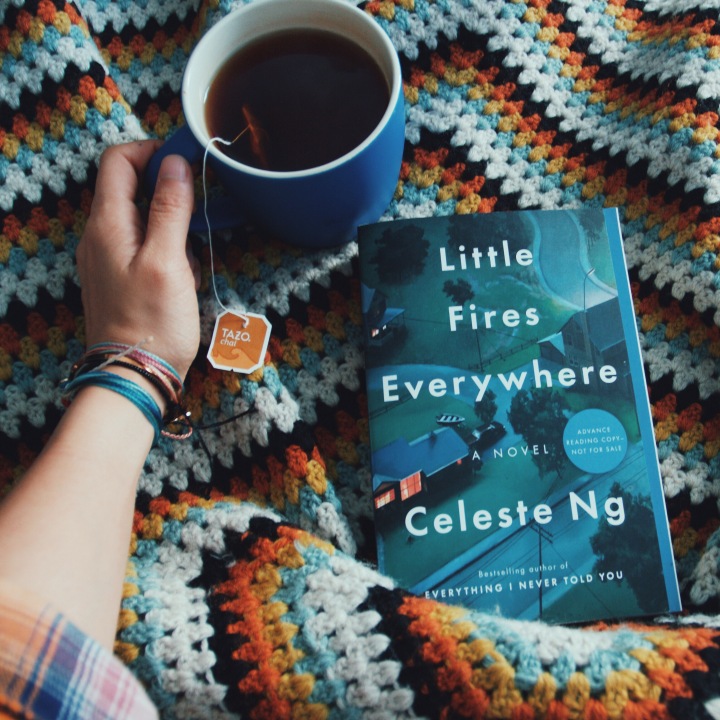 Which brings me to the post I wrote about how not all POC writers need to write about the struggles of being themselves. I spoke with a friend that didn’t want to feel the obligation of writing about being Chinese American and I thought it was a great point. POC writers shouldn’t feel pigeonholed to writing about being themselves. Many of the conversations I had with bookish friends felt it was important to share these stories. Where do you stand on the issue?

However, that post did bring up some issues with my writing. I made an early resolution to write better than I am doing. So, I did what I do best, I did some research.

I dug up this amazing article from Joan Didion on why she writes. Written in 1976, she discusses her process for writing; how she took the observations she made in reality and answered the rhetorical questions brought up in her mind. It reminded me how I used to write. When I was little, I would be able to write and create beautifully. Now I’m trying to find if it’s as easy to get back on this bicycle. Here’s a great quote:

By which I mean not a “good” writer or a,“bad” writer but simply a writer, a person whose most absorbed and passionate hours are spent arranging words on pieces of paper.

I also just watched the Joan Didion documentary on Netflix. While my post on my thoughts there won’t be up until tomorrow, I did want to mention that it was a deeply moving story and it’s way more substantial than just her losses. I honestly am so enamored by her right now I can’t think straight!

Not to shamelessly plug my own work, but I wrote a piece for Bookriot on 5 ways to cope during a book buying ban. Please don’t get caught up on the “addict” language. I see how I messed up there and I won’t do it again. Here is where I mention again that I’m working to improve my writing.

We end the month with Kevin Spacey’s allegations and coming out. Everyone on the Internet is up-in-arms about this one especially since it touches on the LGBTQ community. Me? Well, I think it’s bad form to save yourself by coming out of the closet. Uncool, Kevin Spacey. Uncool.

Happy Wednesday! What’s one place you want to visit?
Happy Tuesday! How’s your day been?
Good morning! What did you finish reading this weekend?
What’s a story that just melted your heart?
Happy weekend! Is anyone else tired?
Are you getting some R&R this summer? I recently partnered with @literati to help celebrate the launch of seven new Luminary boxes! Literati is a monthly book club subscription with tons of options to read and chat about the book. Each box is curated by an industry leader, author, or artist defined by their tastes and interest. You can pick a box based on the person you connect with the most! This month, I chose Jesmyn Ward's box and received Heavy by Kiese Laymon. The box also comes with some great goodies including a bookmark, a letter from your Luminary, and a booklet with more about your book! You can also access their app where you can chat with other readers as well as your book club Luminary!