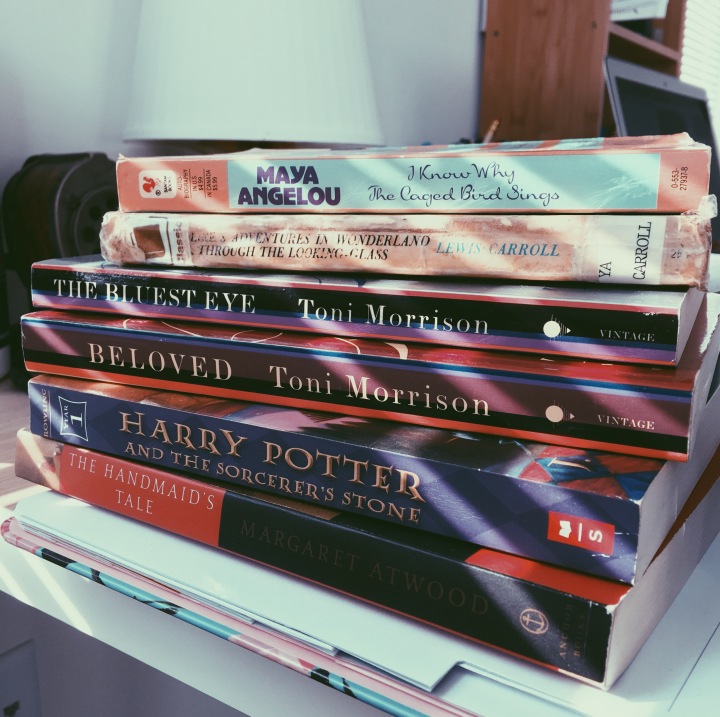 Happy Banned Books Week and it’s going to be a good one.

This year’s theme is “the freedom to read,” which feels oddly relevant given that everyone has been talking about. Censorship is always around us telling us what to do and what to think and how to say things. It’s the faceless folks that tell us that something is too edgy and pushes the envelope. It’s the inability to discern for yourself if something is good or bad for you. It’s the fodder for amazing books that make you think for yourself and that’s a wonderful feeling (as long as you can cope with the anxiety).

On Instagram each day this week, I’ll be posting a book that’s been consistently banned or challenged in the past. While I’ll be highlighting one book, they’re representative of the many books in that genre that undergo scrutiny everyday. I know that the people who make these decisions aren’t doing it to harm young readers. In fact, they would argue that they are protecting them from it.

The choice for children to stay children, but sometimes you have to understand that children grow up. When they grow up without exposure to these banned and challenged books, then they face a world where it isn’t friendly and it isn’t kind and what they think could possibly be more dangerous than helpful.

Of course, I come prepared with an infograph from the American Library Association website on who these big whigs tend to be:

Freedom should be celebrated. We do it every year in July where we remember our fore fathers who came to this country to free themselves from the censorship and persecution. We can pray to whatever God we want, but we can’t read books? Bit of a double standard.

So let’s celebrate our freedom to read! We’re one of many countries that allow it, but I do want to remind people that that’s not the case for a lot of people and still a concern for us as a country. So let’s ring those bells of freedom and get to reading.

If you’d like to participate in Banned Books Week with me, here’s some ways you can easily join in!

While for some people this is easy as pie, for others it might not be that easy. It could be because their families don’t like it when you read these kinds of books or it could be because you don’t know what books are on the banned books list.

If you’d like to read a book that’s been banned or challenged in the past, check out this comprehensive list of books provided by the American Library Association.

The most important part about this one is to share those reads. If you learn anything from the book you choose or if it opens your eyes in ways you didn’t think it would, then share that love! Books aren’t meant to be stuck on a shelf and kept to yourself. They’re like living and breathing animals that need to let go and available for someone else. Don’t let what you’ve learned only stick with you.

2. Donate to ACLU or to ALA

While you may not be a reader, reading is considered one of the many freedoms protected by our first amendment. If you believe that we should have the freedom to read or even the freedom of speech, then donate whatever you can to the American Civil Liberties Union.

ACLU is doing everything they can to ensure that we, as a people, continue to speak freely, practice religion without any issues, and always always read books that may make you look at your world a little bit differently.

If you’re not into civil liberties, then perhaps you’ll be into reading books. The American Library Association is also always taking donations to help with keeping libraries across America open. If you ever complained that you don’t have enough money for books, then obviously you haven’t been to a library. Free books! All you need is a plastic laminated card.

I emphasized this once, but I’ll emphasize this again. We should all be sharing our love of books with each other. It’s so important to share especially when it’s considered a community. Don’t be afraid to read your books and don’t be afraid to talk about them.

I hope that we’re loving and open enough to accept anyone and their beliefs. The only way our community will be able to make a difference is to share these reads and be empathetic to those who don’t want to read them and hope that they will.

Don’t keep your books locked up on a bookshelf. These may be yours, but the written words are for everyone. Buy another copy of your favorite banned book and leave it on the train or in the park. Donate your old copies of banned books to the local library. Books are physical copies of an amazing journey and you can always take that journey again. Let’s let someone else walk down that path for the first time.