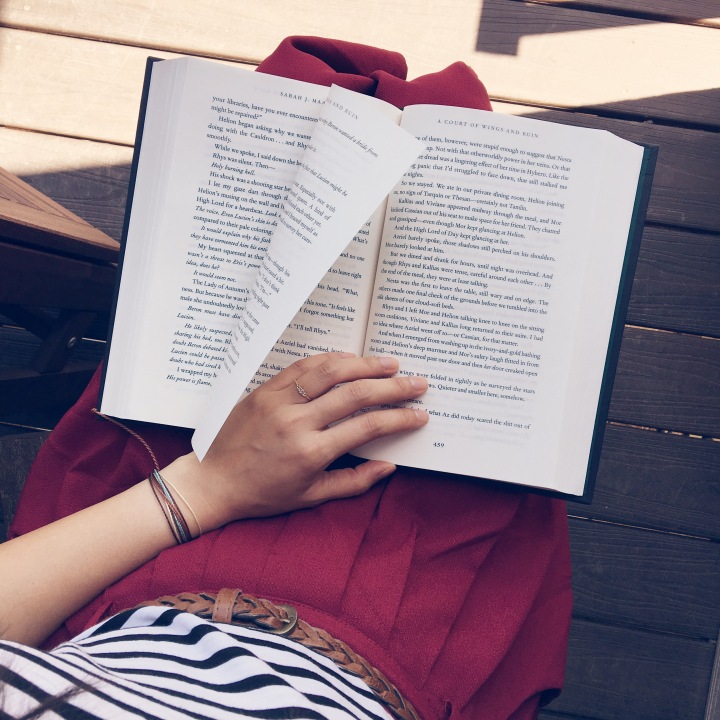 I’ve been writing a blog post like this for a few years. It’s a topic that comes up every once in a while, but I’ve finally reached a tipping point.

It’s a hard truth for me to admit, but I am a quintessential millennial. I love rose gold and fraps and hate cultural appropriation. I feel #woke, and when you’re woke, you want to read #woke too.

For the past year I’ve been trying to find a book that resonates with a large percentage of the American population: a book about being Asian American and figuring out whether to be Asian or American.

First and second generation Asian Americans (or any X Americans that have parents and grandparents from another country coming to America to give their children a bright future) have the unique challenge of being raised with two conflicting cultures and ideologies. There’s the conservative and very traditional Asian side and then there’s the liberal and “make-your-own-traditions” American side. It’s not a struggle between races and between two people. It’s a struggle within yourself and “where your loyalties lie.”

Being Asian American, I grew up a little differently from my friends at school. I was born in Flushing, NY but moved out to Long Island for the better schools. I think it’s safe to say that I may have had 2-3 Asian friends in high school and most of my other friends were other races.

There was an Asian contingency at school that I used to call “the Asian mafia.” Honestly, they moved in packs and only wore black. It felt like a really exclusive Asian club where your loyalties laid with the Mother country and not where you lived.

That was something we all experienced. You either chose to be Asian or you chose to be American. If you were Asian, you had a little bit of an accent, went to a Korean church, and hung out drinking boba every weekend with your Asian boyfriend/girlfriend in Flushing.

If you were American, well, you did what any good American kid does in the 90s. Listen to grunge rock while hanging out at the mall all day with your friends and then sitting at Applebee’s with one order of fries to share amongst all of you.

I spent every New Years Day at my grandparents house bowing for lucky money and spending time with my family. I ate kimchi at Thanksgiving dinner. I had a deep and rich cultural identity with a place that I’ve never actually been. My parents breeding my sister and I to be diligent Asian girls who would become diligent Asian women that did practical careers like being a lawyer or a doctor.

If you asked me what nationality I was, I would say American. However, it’s undeniable that I’m also Asian. I know that there’s plenty of Americans who are also Asian that feel the same way. So, I went out looking for a book that might help better explain the differential and when I was 12 years old and struggling with my identity, I turned to Amy Tan’s The Joy Luck Club.

Back in the 90s, the only real society-accepted representation of being Asian American was this book and even more so the movie. Asian women all being raised with the best intentions learning that they were neither Asian nor American. They didn’t struggle the way their parents did, but they struggled in their own rite. It was a breath of fresh air to see someone on the same level with me. It resonated so deeply and it wasn’t even about a culture of people that I understood. It was enough and ever since then I’ve been craving more.

So I search and look and find and read as many books as I possibly can related to being Asian and American, but nothing really matches what I’m looking for. This is not to say that books like this don’t exist. I’m pretty sure at the rate publishing houses are going, there has got to be a few books that fit this particular category. However, they’re not surfacing to the top of the book pile. They sit like lumps at the bottom where maybe a few people will find them, but they’ll never be mainstream.

And that’s something we need to change. The importance of reading diverse novels is not only to share knowledge of experiences, but also to give readers who understand those experiences some solace. Yes, we are just like you. Yes, we struggle too. No, you don’t need to cry anymore.

Making a plan to read diverse books is like allowing yourself to go to a first rate college even if you’re not 100% sure your smart enough for it. The fact that you’re going out to a school that’s better than you is inspiration enough to tell yourself there’s more to the world than what’s in front of me.

While we wait for those books to rise to the top like cream in milk, we have shows like Fresh off the Boat that visualizes the integration of American culture into the lives of first and second generation kids. We have multiple authors revealing more about the cultural history of all different kinds of people. We have movies where it’s important that the entire cast be of a specific race or nationality so not only is there proper culture representation, but also they’re not stepping on the toes of appropriation.

All great ways to satisfy the need to understand cultural identification in America, but we need more. I want more and we should all try and find more books that help explain these thoughts, feelings, understandings, and struggles so that people in our future, young people, can read them and create an even more accepting America.

If you have any books that you can recommend, please do! I’m always collecting stories from all over the spectrum.