I love Book of the Month Club. Most of my hauls from the past few months consisted solely of novels I collect from this subscription service. Reason being is that I don’t have a large budget per month, so I pay a subscription amount for at least one book to be delivered to me every month. But let’s all be serious, I never keep to my budgets.

This month, Book of the Month Club has got some seriously interesting novels and I can’t wait to dive right into them. You’ll probably hear more about these within the next few weeks, so for now I’ll just include the synopses for you to read and ponder.

The Seven Husbands of Evelyn Hugo by Taylor Jenkins Reid

Evelyn Hugo is finally ready to tell the truth about her glamorous and scandalous life. But when she chooses unknown magazine reporter Monique Grant for the job, no one in the journalism community is more astounded than Monique herself. Why her? Why now?

Monique is not exactly on top of the world. Her husband, David, has left her, and her career has stagnated. Regardless of why Evelyn has chosen her to write her biography, Monique is determined to use this opportunity to jumpstart her career.

Summoned to Evelyn’s Upper East Side apartment, Monique listens as Evelyn unfurls her story: from making her way to Los Angeles in the 1950s to her decision to leave show business in the late 80s, and, of course, the seven husbands along the way. As Evelyn’s life unfolds through the decades—revealing a ruthless ambition, an unexpected friendship, and a great forbidden love—Monique begins to feel a very a real connection to the actress. But as Evelyn’s story catches up with the present, it becomes clear that her life intersects with Monique’s own in tragic and irreversible ways. 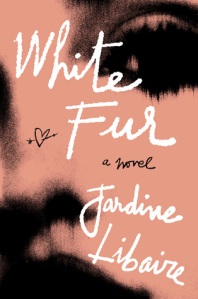 When Elise Perez meets Jamey Hyde on a desolate winter afternoon, fate implodes, and neither of their lives will ever be the same. Although they are next-door neighbors in New Haven, they come from different worlds. Elise grew up in a housing project without a father and didn’t graduate from high school. Jamey is a junior at Yale, heir to a private investment bank fortune and beholden to high family expectations. The attraction is instant, and what starts out as sexual obsession turns into something greater, stranger, and impossible to ignore.

The unlikely couple moves to Manhattan in hopes of forging an adult life together, but Jamey’s family intervenes in desperation, and the consequences of staying together are suddenly severe. And when a night out with old friends takes a shocking turn, Jamey and Elise find themselves fighting not just for their love but also for their lives.

Theft by Finding by David Sedaris

David Sedaris tells all in a book that is, literally, a lifetime in the making. 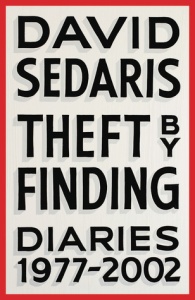 For forty years, David Sedaris has kept a diary in which he records everything that captures his attention-overheard comments, salacious gossip, soap opera plot twists, secrets confided by total strangers. These observations are the source code for his finest work, and through them he has honed his cunning, surprising sentences.

Now, Sedaris shares his private writings with the world. Theft by Finding, the first of two volumes, is the story of how a drug-abusing dropout with a weakness for the International House of Pancakes and a chronic inability to hold down a real job became one of the funniest people on the planet.