Is it pessimistic to say that I wanted to hate this book? It’s a sequel, there’s a certain amount of expectation there knowing that it’s a sequel. It’s supposed to be bad. It’s supposed to try and wrap everything up in a neat little bow, but the bow is made from lion mane still attached to the lion. Most sequels are bad.

Crooked Kingdom is not.

Synopsis (from Goodreads.com) – Kaz Brekker and his crew have just pulled off a heist so daring even they didn’t think they’d survive. But instead of divvying up a fat reward, they’re right back to fighting for their lives. Double-crossed and left crippled by the kidnapping of a valuable team member, the crew is low on resources, allies, and hope. As powerful forces from around the world descend on Ketterdam to root out the secrets of the dangerous drug known as jurda parem, old rivals and new enemies emerge to challenge Kaz’s cunning and test the team’s fragile loyalties. A war will be waged on the city’s dark and twisting streets―a battle for revenge and redemption that will decide the fate of magic in the Grisha world.

My thoughts – I am a huge fan of the Six of Crow series. My reaction to the end of the first novel made me want to throw a table. Cliffhangers are the worst and Leigh Bardugo gave us the worst cliffhanger of all; ending the first story where these band of misfits get swindled from their money and one of their own gets kidnapped.

I NEED TO KNOW WHAT HAPPENS NEXT!

I needed to know what happens to Inej and Kaz, and Matthias and Nina, and does Jesper and Wylan ever hook up because that would be so precious!

All these moments hanging on the balance for only a few months (because I read the book earlier this summer) and then culminated to this final book. When I opened my delivery box, all I can see is the cover. The color palette on the front of the book were these dusty sand and black with a huge crow trying to gain altitude almost reaching out above you.

Then, you see the red-stained edges. I’ve gotten books with deckled edges and I know the Bible comes with that special gold edge, but not red. Such a sexy book. 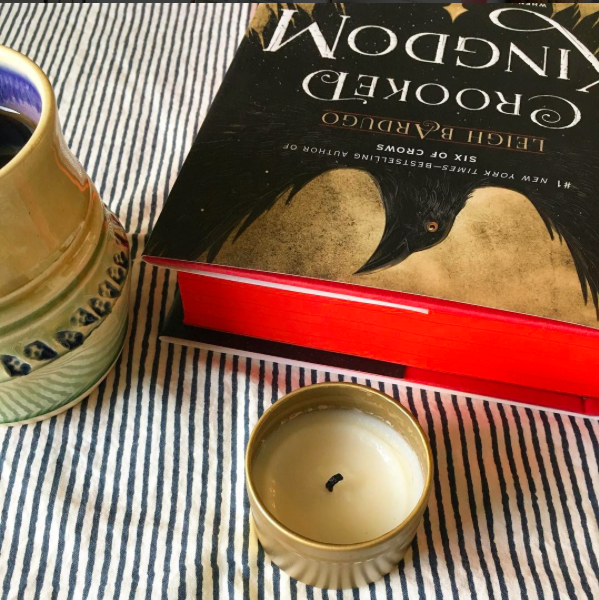 I pushed all my books aside and made room for Crooked Kingdom to take me back to Ketterdam and fix all that is wrong in the world.

And wow, did Leigh Bardugo deliver.

While I could complain that the story was a little too long for me, it’s negligible. I don’t think Leigh Bardugo could cut out any step within this process especially since she has the ability to reconnect those moments together at the end.

Maybe there were people who lived those lives. Maybe this girl was one of them. But what about the rest of us? What about the nobodies and the nothings, the invisible girls? We learn to hold our heads as if we wear crowns. We learn to wring magic from the ordinary. That was how you survived when you weren’t chosen, when there was no royal blood in your veins. When the world owed you nothing, you demanded something of it anyway.

Her style of writing is poetic. Each moment for the characters is representative of something in their lives. It could be an insecurity or it could be their greatest strength, but Leigh Bardugo doesn’t leave you in the dark about any of it. The best part is that she doesn’t take 5 books for you to find out. She’s upfront and genuine and actually somewhat like this crew of misfits she’s created.

You can also always expect a surprise from her at the end of the novel. While things did work out for everyone in the end (sorry about that little spoiler), it’s the journey to the end that really matters. You see that these aren’t just some ordinary thieves, that there’s a small ounce of humanitarian-ism in each of them and despite the world dealing them a pretty nasty hand, they’re able to smile with each other and commiserate together.

No mourners, no funerals. Another way of saying good luck. But it was something more. A dark wink to the fact that there would be no expensive burials for people like them, no marble markers to remember their names, no wreaths of myrtle and rose. 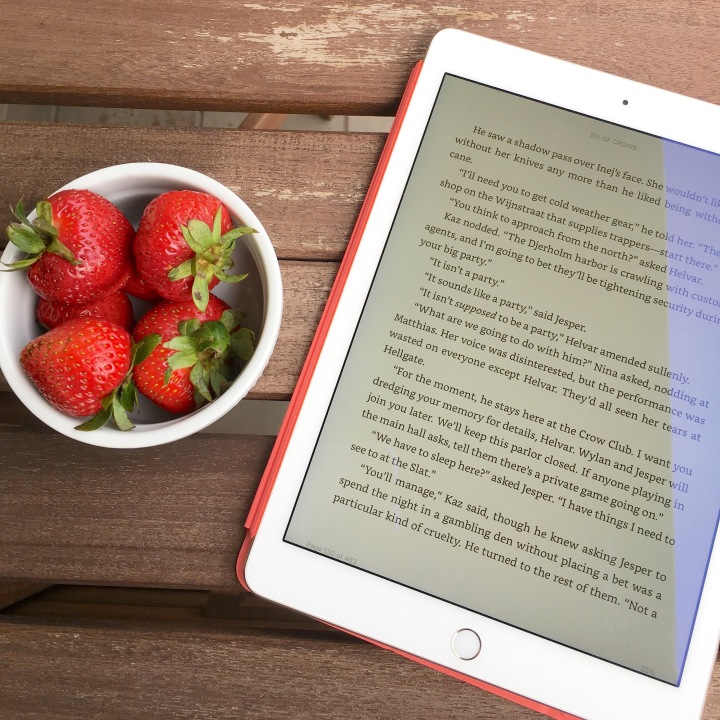 I have so many feelings about this book that I can’t even.

Plot Summary – If you took The Breakfast Club gang and put them in Ocean’s Eleven, then you basically have Six of Crows. 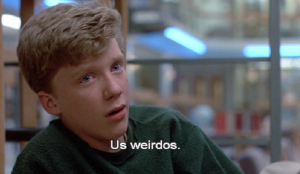 The story follows Kaz and his crew to kidnap someone who’d created a powerful drug that can amplify Grisha power a hundredfold. Who wouldn’t love a drug like that? Oh, perhaps it’s the fact that you get instantly addicted to it and it drives you insane before you die of withdrawal.

Each person on this “heist” has something to offer the crew. One is a Grisha, another is a bombs expert, a gun expert, and a spy. They all have one thing in common; they all work and live in the Barrel of Ketterdam. It sounds nice, but it’s supposed to be ruthless. Feel the ruthlessness!

My review – After reading The Grisha Trilogy, I was a little skeptic as to how this book would turn out. If you’ve read my review, you know that I didn’t really like that series. However, I didn’t want my feelings about the series to hinder the great reviews I was seeing online about Six of Crows. Also, I’m highly suggestible and that’s how I landed on reading this one.

I am blown away with what Leigh Bardugo was able to do with this world. She’s like a baker. After building her Grisha cake of Alina and Mas, she expertly used the scraps of that world to create a more adventurous novel. By adventurous, I mean that it really took you a journey as a crew of misfits from the Barrel fight for their freedom, their dignity, and a shit ton of money. There’s this repeating idea of “ride or die” with this group that I found so appealing. They barely got along in this story and then by the end, they were best friends (ish? I mean, how friendly can you get with thieves).

Her character development has always been super strong and with the layout of this novel, Bardugo is able to paint a pretty decent picture of everyone in the crew without sacrificing the plot.

Also, there’s a plot! I think that was one of the pitfalls of why I didn’t like The Grisha Series. I always wanted to know what ultimately all that journeying through that world was going to lead to. However, it didn’t in this one. Every step made was intentional. Every journey made sense to build the characters and to build the tension of what’s going to happen next. It was like reading Pirates of the Caribbean, but you know, more fantastical.

The entire time reading this book, I could only imagine what this would look like in a movie. More accurately, I was thinking about how it would look as an anime where the boundaries of the fantastical world created here can be pushed and brought to reality. Honestly, make that happen. Just make it happen.

I think one question people might be asking is if this story is readable without having to read The Grisha Triology?

The quick answer is yes. There’s enough explanation and backstory as to how the Grisha came to be, who the Shu and the Fjerdan are and their stance about Grisha, and there isn’t any wild overly religious implications throughout it (which was one of the drawbacks I didn’t like about the trilogy). However, it isn’t too overbearing with information that if you’ve already read The Grisha Trilogy it won’t be page after painstaking page of explanation you already know.

What I love about this world is that it’s not pretty. You take a bunch of slumdogs from the shadows of Ketterdam and you made them heroes in their own right. It’s most definitely an underdog story and you sympathize with these characters. I don’t know if you’d want to date them, but hey, that’s your call. I can’t gush enough how much I loved this book.

The last thing I wanted to touch on and only slightly because I can’t stop thinking about it and that’s the good ship Kaz and Inej. I don’t know if there is a romantic notion between them, but there is love. I love that it’s subtle and quiet and I definitely love that you can’t feel the tension. They know what they want from each other. They know that it’s impossible to get with the ruthless lives that they lead. However, if that relationship moved forward, I would be clapping the loudest at their thieves wedding.