While I did drag the beginning of this book on Instagram, I did end up finishing 99 Percent Mine by Sally Thorne. It’s definitely a fun one with a marketing synopsis that really doesn’t do it justice.

Seriously, I would ignore what it says on the back of the book and focus on getting through the beginning. Because it’s quite confusing, I’ve gone ahead and written my own interpretation:

This is the story of Darcy and Tom. Darcy is a twin to Jamie, her older and more sparkling brother. Because of her heart murmur, she’s lived an isolated life. It’s led her to live her own “black sheep” story.

Jamie and Darcy’s best friend is Tom. Tom is the kid nest door that always came over. He’s practically family. Darcy has always had an intense crush on him and he has had a crush on her. It’s just that Darcy’s turned him down when they were 18 and blew their chances.

So now Jamie and Darcy’s grandmother dies leaving her eccentric cottage to the twins. They need to renovate the cottage and then sell it. Jamie, being obsessed with money, wants to get the most out of the house while Darcy wants to preserve some of her grandmother there. Jamie asks Tom to do the renovations because he just happens to be a contractor and needs the work. Darcy is already living in the house, so she will live, help, and give direction to Tom and his team.

Of course a bunch of stuff happens and Tom and Darcy have their romance and spill their darkest secrets to each other before Jamie suddenly arrives. Once Jamie arrives, it’s up to Darcy and Tom to tell him about their relationship or continue to live their secret life.

The first thing I will warn you and say is that the beginning is confusing. All the information I wrote above is gleamed from what I’ve read and determined. What Sally Thorne provides in background information is sparse and told second-hand by Darcy. I honestly wish these beginning scenes were written out even if it means a truncated timeline or time jumping in large chunks. I think writing out these scenes would have been more powerful than having the characters explain the background.

I really loved Tom and Darcy. Despite their foolish behavior toward each other, they were very cute. I kind of love stories where the two main characters are crushing on each other. I love that sexual tension that can only be met when the two characters finally have sex or admit they love each other. It makes reading a little bit more thrilling because you don’t know if they’ll actually admit it.

Tom himself was so complex! I mean, he was a very strong example of exquisite human, but he also had a lot going on in his head. He was the mediator between the twins, but he also did whatever they asked. He didn’t necessarily spoil them, but he couldn’t help but repay their kindness to him and his mother. He also had some real problems going on at home juggling that plus his feelings for Darcy and doing what Jamie asked of him? That’s one pretty stressed out dude.

But I wasn’t a fan of Darcy. She seemed aloof and almost put on by her “bad girl” personality and style. However, I can understand how her life choices and lifestyle helped shape the person she is. I can understand the level of loneliness and regret she felt about her life. There was some depth with Darcy, but maybe it wasn’t enough to really connect me to her.

I also didn’t love the ending. I thought it was a little rushed. It was like one week of shenanigans between Tom and Darcy and then two months of nothing. There was a time jump at this point, but it didn’t feel like it worked well with the rest of the story. I feel like we were in the middle of a story to pause and fast forward into the future.

So aside from the beginning and the end, you’ve got a really good middle. I will admit the middle made me blush and almost made me cry. It almost forgives the editorial decisions made in the beginning and end.

I will admit something; I met my husband at work. I was on my way to the kitchen in the morning to make myself some breakfast when I saw him there already toasting up some bread and a jam jar in the shape of a bear.

When I saw the jar, I immediately gravitated towards it and all I recall saying is “I love bear-shaped things.” According to my husband, this was the clincher and what made him want to know more about me.

This book evokes that exact same emotion. From that one small exchange, he was completely smitten and it was shortly after that that I followed. 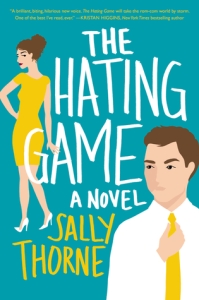 Lucy Hutton and Joshua Templeman hate each other. Not dislike. Not begrudgingly tolerate. Hate. And they have no problem displaying their feelings through a series of ritualistic passive aggressive maneuvers as they sit across from each other, executive assistants to co-CEOs of a publishing company. Lucy can’t understand Joshua’s joyless, uptight, meticulous approach to his job. Joshua is clearly baffled by Lucy’s overly bright clothes, quirkiness, and Pollyanna attitude.

Now up for the same promotion, their battle of wills has come to a head and Lucy refuses to back down when their latest game could cost her her dream job…But the tension between Lucy and Joshua has also reached its boiling point, and Lucy is discovering that maybe she doesn’t hate Joshua. And maybe, he doesn’t hate her either. Or maybe this is just another game.

Processed with VSCO with a4 preset

Processed with VSCO with hb1 preset

This was such a fun little read. Nothing too heavy, not too light. It’s like a palate cleanser between meals.

But I don’t want to cheapen the book and say that it’s “chick lit.” Honestly, I can write a whole blog post about “chick lit,” but I’m not going to get into that right now.

I don’t want to say that anything that’s a little more fun to read is not a real book. These are really great books and their purpose is to make you feel good as well. Some books make you really contemplate your life’s purpose. Other books make you laugh and cry happy tears. This is definitely the latter.

I think the one thing that really bothered me about this novel is that it was too easy for Josh to guess what Lucy is thinking and doing. He’s supposed to be this really observant guy who can recall facts and history from all over time. However, he’s able to tell from one glance her emotions? I don’t know about that and that’s with sitting right across from her for the duration of their working relationship.

Also, I wasn’t a fan of the man-gawking. I can understand if the character is buff and brawny and can tear a phonebook in half, but I really wish Lucy tried a little bit harder to get to know him than to objectify him. Wait, can you objectify men?

But other than that, I thought this book was great! It was a lovely little novel and if Sally Thorne decided to write anything else, I’ll probably read it. 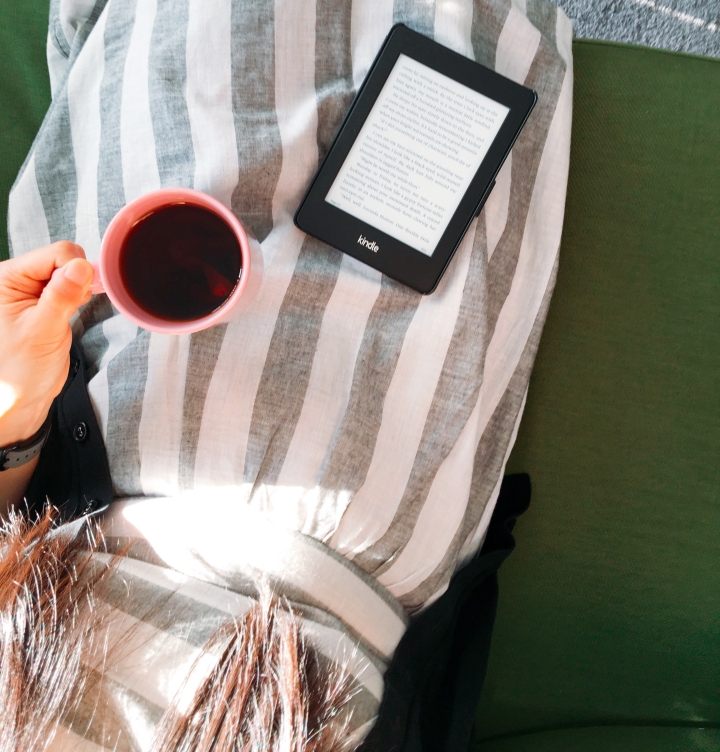