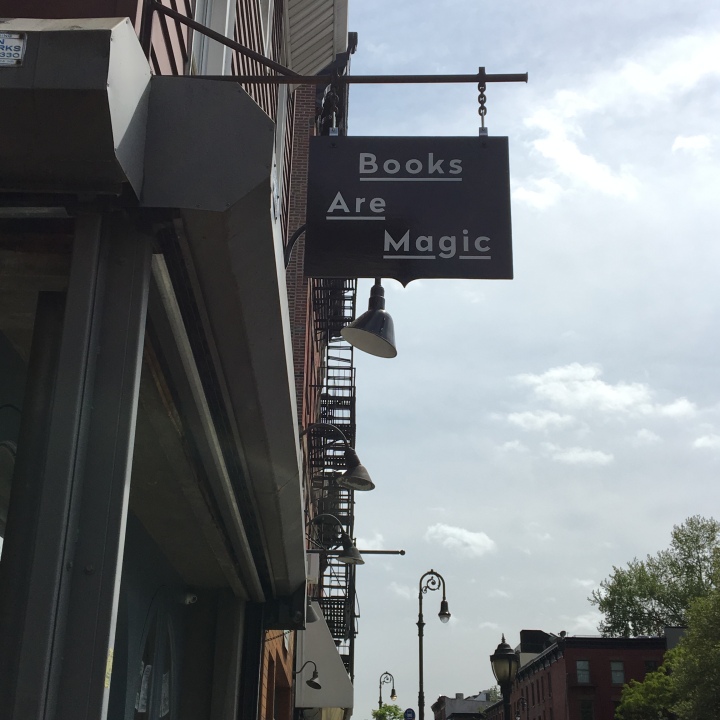 Books Are Magic is a midsize bookstore in the heart of Cobble Hill. Owned by Emma Straub and her husband, their dedication to bring an independent bookstore to their part of Brooklyn was such a success.

The walls smell like fresh paint and the bookshelves have that distinct musk that only books have when coupled with wood. It’s too bad there wasn’t a cafe because I’m pretty sure coffee would seal the deal and make it a true bookstore. 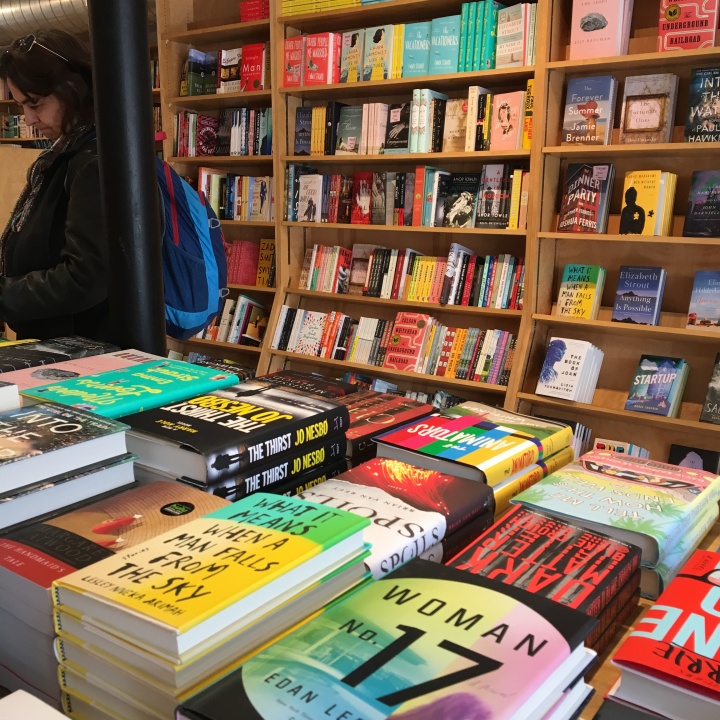 My first assumption I had about the store before even stepping foot into it was that it was some  place where they only sold like the 6th printed copy of Faulkner or only non-biographical pieces. But no, I was wrong. This place carried everything. From popular NYT best-sellers to some indie titles, I was pleasantly surprised to find a beautiful and spacious bookstore in the middle of Cobble Hill. 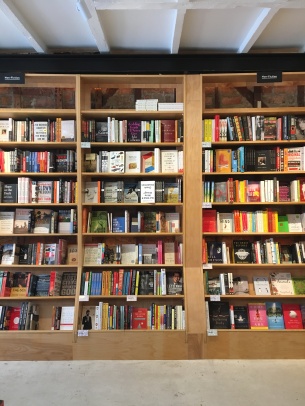 The walls are lined with beautiful hardcover, paperback, fiction and non-fiction alike. Stepping deeper into the store you’ll find a whole room dedicated to children with little reading nooks for those who want a little bit of time to themselves.

Come by to read, to browse, to attend an event, or even to pick up a cute trinket or two. I promise you won’t be disappointed.

Timing was everything—that was more and more obvious the older you got, when you finally understood that the universe wasn’t held together in any way that made sense. There was no order, there was no plan. It was all about what you’d had for breakfast, and what kind of mood you were in when you walked down a certain hallway, and whether the person who tried to kiss you had good breath or bad.

I left New York for the week I read this to get some time away from the big city. If you’ve lived here for as long as I’ve lived here (13 years), you may have some of the feelings that I do. My vacation in the summer is meant to alleviate some of that stress from my life for a little while. Unbeknownst to me, that stress would follow me to Florida.

Plot Summary (from Goodreads)- Friends and former college bandmates Elizabeth and Andrew and Zoe have watched one another marry, buy real estate, and start businesses and families, all while trying to hold on to the identities of their youth. But nothing ages them like having to suddenly pass the torch (of sexuality, independence, and the ineffable alchemy of cool) to their own offspring.

My Review – I needed a few days to digest this book before I had a chance to write up the review. I think my main hesitation from writing this up quickly was that I didn’t want to sound like a ranting hormonal bitch while I did it.

…wait. This is exactly the plot of American Beauty. Geeez.

The story is about aging hipsters who feel like they’ve run out of options and lost out on something big when they were younger. It just seems so overdone. There’s the guy struggling to make something of himself, the lesbians who are trying to make their relationship work while running their little restaurant together, the middle aged woman who made a career out of being a real estate agent when she could have been something else like a rock star. And then the dead rock star who lived as much of her life as possible until she died at the age of 27. It’s like everyone in the book somehow wants to be able to go back in time, do drugs, and be that dead lady.

Where is the plot here? What is the catalyst to move this story forward? There were a few hints of a plot line throughout the book, but ultimately this just felt like a “day in the life of some Brooklynites.”

Emma Straub is one of those authors that I always end up reading their books. Regardless of what the book is about, I’ll ineventually read it. Every time I pick up a book by Emma Straub, I’m always dazzled and fascinated to find out what she’s written. I’ve read Lara Lamott’s Life in Pictures and The Vacationers. I wasn’t too thrilled with either of these, but with a new year, I figured this would be a hit.

There was no fate. Life was just happenstance and luck, bound together by the desire for order

I was so sorely disappointed with this book. I honestly feel that giving it three stars out of five was generous. The theme I got from this entire book was that growing up was/is hard, marriage is hard, everything is hard and you have to deal with it. What Straub lacks in plot development she makes up in quotes. I’ve added a few choice quotes I found while I was reading. Suffice it to say, Emma Straub waxes poetic about the meaning of life while in between bouts of existential bullshit.

So much of the city she’d fallen in love with was gone, but then again, that’s how it worked. It was your job to remember. At least the bridges were still there. Some things were too heavy to take down.

I think some of the issues I take with this book stem from the fact that I live in Brooklyn and I’m so immersed in life here. It wasn’t awe-inspiring to read about the people I live next to. Or even to read about some similar thoughts I’ve been coming to terms with myself.

Perhaps if you’re not from New York and you’re wondering why that kid in your chemistry class that always brooded was up to nowadays, then perhaps this is the book for you. Because honestly, this book wasn’t breaking the mold with ideologies and different life views for me.

Would I recommend? Perhaps not to a native New Yorker.

What’s one thing you’re looking forward to this week?
Happy weekend everyone! Who’s glad it’s finally here? I know I am lol.
What’s your favorite season?
Scenes from an unfinished breakfast. How was your morning?
What would you do if you accidentally unleashed an angry spirit that went after your sibling? I would definitely do anything for my sister, even if I was the person who accidentally put her in that situation. I'm currently reading Pahua and the Soul Stealer by @LoriMLee82, and that's what happens to Pahua in this funny and fast-paced adventure based on Hmong mythology. Thanks to @readriordan for the gifted book. #RickRiordanPresents #ad
Do you annotate your books? I’ve been playing around with different ways to annotate and journal about my reads. I always want to get into annotation, but I never know what it is I’m supposed to annotate. Lol, yes I can form unnecessary stress in any situation.