END_OF_DOCUMENT_TOKEN_TO_BE_REPLACED

When you read this story, you’re going to be taken aback. You’re going to assume this is the story about young women who are kidnapped and rapped and treated like dirt and you’ll feel this overwhelming need to protect and speak out for these women. What you won’t understand is that this life is a reflection of hardship. For some people, hardship is finding a job in a career that they dream to get. But for Savitha and Poornima, hardship is survival, of strength, of the power of the female friendship.

Here’s a little bit more about the book

Poornima and Savitha have three strikes against them: they are poor, they are ambitious, and they are girls. After her mother’s death, Poornima has very little kindness in her life. She is left to care for her siblings until her father can find her a suitable match. So when Savitha enters their household, Poornima is intrigued by the joyful, independent-minded girl. Suddenly their Indian village doesn’t feel quite so claustrophobic, and Poornima begins to imagine a life beyond arranged marriage. But when a devastating act of cruelty drives Savitha away, Poornima leaves behind everything she has ever known to find her friend.

Her journey takes her into the darkest corners of India’s underworld, on a harrowing cross-continental journey, and eventually to an apartment complex in Seattle. Alternating between the girls’ perspectives as they face ruthless obstacles, Girls Burn Brighter introduces two heroines who never lose the hope that burns within.

I absolutely loved this book. From the beginning of this story, I couldn’t put down the book. It captured me the moment I started reading it and continued to enrapture me and then abandoned me right at the end! I could feel my hands ball up into fists while I read some of the scarier parts and I also felt the need to cry when everything seemed hopeless towards the end.

The story takes place in two different perspectives. First, it starts together with the main characters and their lives in Indravalli in Southern India. Poornima is a burden to her father for being born a woman and therefore he’s looking for someone to marry her off to. Savitha is poorer than Poornima so she spends most of her time making money for her family. From the beginning you can feel the prejudice for these families because of their class and their gender. Being women meant having to pay out dowries when they got married. Being women meant obeying your husband and not thinking for yourself. I found myself wondering if this was real life, if what was going on was a frequent occurrence in the lives of many Indian women.

But like I said in the beginning of this review, don’t interpret what you see as weakness.

When Poornima and Savitha meet for the first time, Savitha was working for her father as a weaver while Poornima kept her focus on being the most agreeable bride you’ve ever seen. Both of these girls come together to share a few meals and a lifelong friendship is born. Suddenly, something happens (I won’t say what) that causes these two girls to separate.

And it was the small amount of time spent with each other that fueled their passion to escape their fates. They were always recalling moments together and remembering their friendship fondly. It was those moments and recalling those memories that helped Poornima find her way towards Savitha.

From this point on, the story gets more and more frustrating as you see Poornima being sold off to her new husband and Savitha runs away. The story diverges at this point separating them from themselves as well as that childhood innocence. The book is even strategically written in parts, one dedicated to Savitha’s journey and the other to Poornima.

I interpreted all the slings and arrows Savitha and Poornima faced as hurdles in their life. They could have easily knelt down and accepted whatever life they were given, but instead they ran away. They were cunning. They did their best to learn skills and people and escape their fates. Every chapter and every event felt like watching an episode of Maguyver where they took a bobby pin and some dried toothpaste and made a bomb to escape. It was like watching Bear Grills eat bugs and drink his own pee, except for some reason people can’t leave women alone.

While Savitha is bought and sold off by various people, Poornima’s story seems to be more focused on finding Savitha. I thought it was strange that it was one friend finding the other and the other seemed to just reminisce in hopes of using her memories as comfort. I really wish there was a bigger effort from Savitha to find Poornima and perhaps there wouldn’t be this ache in my heart right at the end.

I wasn’t a fan of the ending, I’ll admit. I can feel myself feeling the same kind of anticipation that Poornima was feeling being so close to Savitha, but the ending came too quickly for me. It almost felt rushed and the final part (belonging to Poornima) didn’t reflect the same way the rest of the book did.

It was nebulous and maybe the intention here was to give you hope the same way these girls carried hope for themselves. All throughout the novel you’re so hopeful for these girls. You pray that they’ll be able to escape the lives that they found themselves living. You think that they’ll finally escape and finally be together again, but you never know. I think that stands as a pretty good metaphor for life. You don’t know if you’ll ever see that friend again, but you know you carry that flame and you’ll try to never let it go out.

I received a copy of this book from Netgalley for free in exchange for an honest review. My opinions have not been influenced by the publisher or the author. 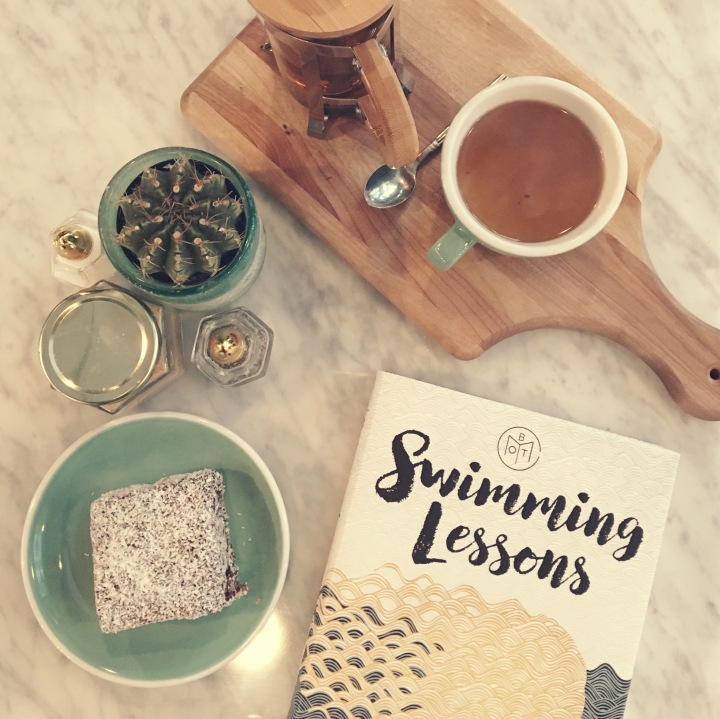 *Swimming Lessons will be published February 2017. I purchased my advance copy of this book through my Book of the Month Club membership. All opinions here are my own and not in any way influenced by the author or publisher.

I’m sitting on the airplane flipping through the final pages of this book and I’m wondering how delicate the fabric of a family can be. One person, one moment, on thing can change the dynamic of a unit to the point where there’s no return. There’s no turning back. And all there is left to do is pick up the pieces and continue forward. This book explores all those aspects; of love, loss, retribution, and enlightenment. I definitely encourage you to read it!

Ingrid Coleman writes letters to her husband, Gil, about the truth of their marriage, but instead of giving them to him, she hides them in the thousands of books he has collected over the years. When Ingrid has written her final letter she disappears from a Dorset beach, leaving behind her beautiful but dilapidated house by the sea, her husband, and her two daughters, Flora and Nan.

Twelve years later, Gil thinks he sees Ingrid from a bookshop window, but he’s getting older and this unlikely sighting is chalked up to senility. Flora, who has never believed her mother drowned, returns home to care for her father and to try to finally discover what happened to Ingrid. But what Flora doesn’t realize is that the answers to her questions are hidden in the books that surround her. Scandalous and whip-smart, Swimming Lessons holds the Coleman family up to the light, exposing the mysterious truths of a passionate and troubled marriage. 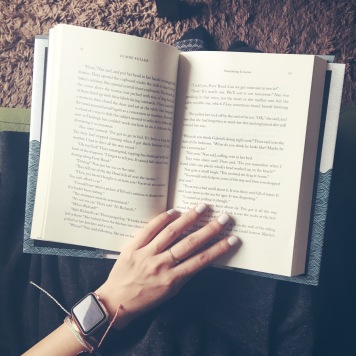