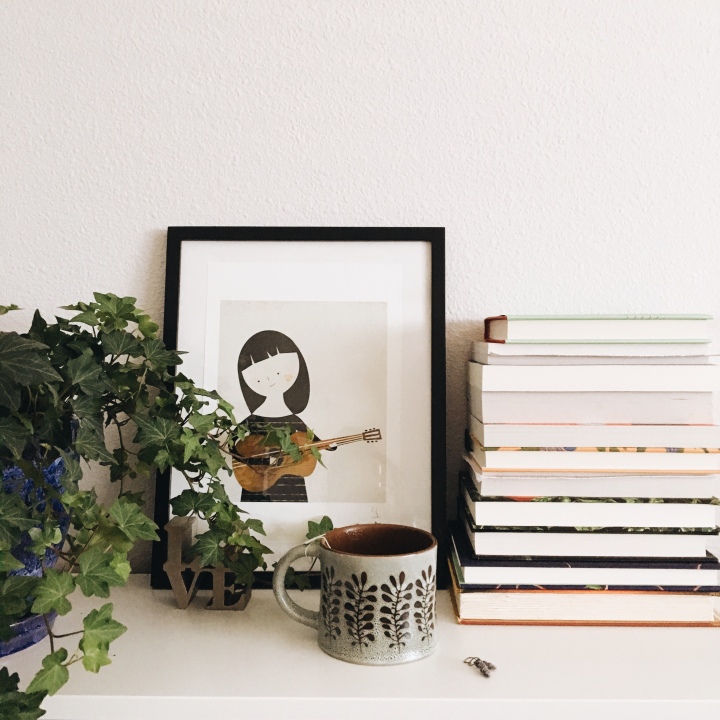 I love Thanksgiving. I love turkey and football and eating so much that you feel like you’ll explode. I also love making turkey sandwiches a la Ross from Friends (the moist maker is the key).

Of course, with the holidays approaching, I wanted to get my holiday reading in order. Sadly, Thanksgiving isn’t covered much and aside from The Corrections by Jonathan Franzen, it seems a little barren as a topic of interest.

However, one of the biggest components of Thanksgiving is family and this year was a good publishing year for the sweeping multi-generational family sagas. So I put together a list of some of the family sagas published this year that’ll make for great reading while waiting around for the turkey to cook. Have you read any of these yet? What other family sagas would you recommend for the long weekend?

The Most Fun We Ever Had by Claire Lombardo

When Marilyn Connolly and David Sorenson fall in love in the 1970s, they are blithely ignorant of all that’s to come. By 2016, their four radically different daughters are each in a state of unrest: Wendy, widowed young, soothes herself with booze and younger men; Violet, a litigator-turned-stay-at-home-mom, battles anxiety and self-doubt when the darkest part of her past resurfaces; Liza, a neurotic and newly tenured professor, finds herself pregnant with a baby she’s not sure she wants by a man she’s not sure she loves; and Grace, the dawdling youngest daughter, begins living a lie that no one in her family even suspects. Above it all, the daughters share the lingering fear that they will never find a love quite like their parents’.

As the novel moves through the tumultuous year following the arrival of Jonah Bendt–given up by one of the daughters in a closed adoption fifteen years before–we are shown the rich and varied tapestry of the Sorensons’ past: years marred by adolescence, infidelity, and resentment, but also the transcendent moments of joy that make everything else worthwhile.

The Dutch House by Ann Patchett

At the end of the Second World War, Cyril Conroy combines luck and a single canny investment to begin an enormous real estate empire, propelling his family from poverty to enormous wealth. His first order of business is to buy the Dutch House, a lavish estate in the suburbs outside of Philadelphia. Meant as a surprise for his wife, the house sets in motion the undoing of everyone he loves.

The story is told by Cyril’s son Danny, as he and his older sister, the brilliantly acerbic and self-assured Maeve, are exiled from the house where they grew up by their stepmother. The two wealthy siblings are thrown back into the poverty their parents had escaped from and find that all they have to count on is one another. It is this unshakeable bond between them that both saves their lives and thwarts their futures.

Set over the course of five decades, The Dutch House is a dark fairy tale about two smart people who cannot overcome their past. Despite every outward sign of success, Danny and Maeve are only truly comfortable when they’re together. Throughout their lives they return to the well-worn story of what they’ve lost with humor and rage. But when at last they’re forced to confront the people who left them behind, the relationship between an indulged brother and his ever-protective sister is finally tested.

All This Could Be Yours by Jami Attenberg

Now that her father is on his deathbed, Alex—a strong-headed lawyer, devoted mother, and loving sister–feels she can finally unearth the secrets of who Victor is and what he did over the course of his life and career. (A power-hungry real estate developer, he is, by all accounts, a bad man.) She travels to New Orleans to be with her family, but mostly to interrogate her tightlipped mother, Barbra.

As Barbra fends off Alex’s unrelenting questions, she reflects on her tumultuous life with Victor. Meanwhile Gary, Alex’s brother, is incommunicado, trying to get his movie career off the ground in Los Angeles. And Gary’s wife, Twyla, is having a nervous breakdown, buying up all the lipstick in drug stores around New Orleans and bursting into crying fits. Dysfunction is at its peak. As each family member grapples with Victor’s history, they must figure out a way to move forward—with one another, for themselves, and for the sake of their children.

The Last Romantics by Tara Conklin

When the renowned poet Fiona Skinner is asked about the inspiration behind her iconic work, The Love Poem, she tells her audience a story about her family and a betrayal that reverberates through time.

It begins in a big yellow house with a funeral, an iron poker, and a brief variation forever known as the Pause: a free and feral summer in a middle-class Connecticut town. Caught between the predictable life they once led and an uncertain future that stretches before them, the Skinner siblings—fierce Renee, sensitive Caroline, golden boy Joe and watchful Fiona—emerge from the Pause staunchly loyal and deeply connected.  Two decades later, the siblings find themselves once again confronted with a family crisis that tests the strength of these bonds and forces them to question the life choices they’ve made and ask what, exactly, they will do for love.

A novel that pierces the heart and lingers in the mind, The Last Romantics is also a beautiful meditation on the power of stories—how they navigate us through difficult times, help us understand the past, and point the way toward our future.

The Guest Book by Sarah Blake

No. It is a simple word, uttered on a summer porch in 1936. And it will haunt Kitty Milton for the rest of her life. Kitty and her husband, Ogden, are both from families considered the backbone of the country. But this refusal will come to be Kitty’s defining moment, and its consequences will ripple through the Milton family for generations. For while they summer on their island in Maine, anchored as they are to the way things have always been, the winds of change are beginning to stir.

In 1959 New York City, two strangers enter the Miltons’ circle. One captures the attention of Kitty’s daughter, while the other makes each of them question what the family stands for. This new generation insists the times are changing. And in one night, everything does.

So much so that in the present day, the third generation of Miltons doesn’t have enough money to keep the island in Maine. Evie Milton’s mother has just died, and as Evie digs into her mother’s and grandparents’ history, what she finds is a story as unsettling as it is inescapable, the story that threatens the foundation of the Milton family myth.

The Dearly Beloved by Cara Wall

Charles and Lily, James and Nan. They meet in Greenwich Village in 1963 when Charles and James are jointly hired to steward the historic Third Presbyterian Church through turbulent times. Their personal differences however, threaten to tear them apart.

Charles is destined to succeed his father as an esteemed professor of history at Harvard, until an unorthodox lecture about faith leads him to ministry. How then, can he fall in love with Lily—fiercely intellectual, elegantly stern—after she tells him with certainty that she will never believe in God? And yet, how can he not?

James, the youngest son in a hardscrabble Chicago family, spent much of his youth angry at his alcoholic father and avoiding his anxious mother. Nan grew up in Mississippi, the devout and beloved daughter of a minister and a debutante. James’s escape from his desperate circumstances leads him to Nan and, despite his skepticism of hope in all its forms, her gentle, constant faith changes the course of his life.

Red at the Bone by Jacqueline Woodson

Moving forward and backward in time, Jacqueline Woodson’s taut and powerful new novel uncovers the role that history and community have played in the experiences, decisions, and relationships of these families, and in the life of the new child.

As the book opens in 2001, it is the evening of sixteen-year-old Melody’s coming of age ceremony in her grandparents’ Brooklyn brownstone. Watched lovingly by her relatives and friends, making her entrance to the music of Prince, she wears a special custom-made dress. But the event is not without poignancy. Sixteen years earlier, that very dress was measured and sewn for a different wearer: Melody’s mother, for her own ceremony– a celebration that ultimately never took place.

Unfurling the history of Melody’s parents and grandparents to show how they all arrived at this moment, Woodson considers not just their ambitions and successes but also the costs, the tolls they’ve paid for striving to overcome expectations and escape the pull of history. As it explores sexual desire and identity, ambition, gentrification, education, class and status, and the life-altering facts of parenthood, Red at the Bone most strikingly looks at the ways in which young people must so often make long-lasting decisions about their lives–even before they have begun to figure out who they are and what they want to be.

Leave a Reply to the most constant Cancel reply